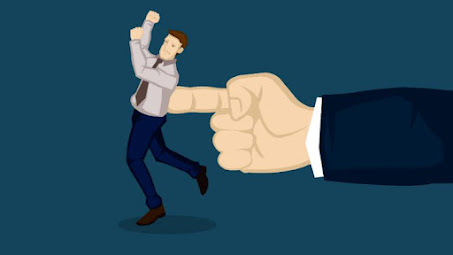 There is a thing called "nudge theory." You can click that link to find out what Wikipedia has to say about it. Or, you can "Google" the phrase "nudge theory." You'll get lots of links to more references.
The "nudge theory" idea, basically, is that a person's opinions, and behavior, can be changed, over time, with just a few little "nudges." You don't need to make an all-out assault on a person's current belief system or behavior pattern if you want to change that person's perspective, and allegiances, and activities. To change someone's mind, or someone's behavior, just provide a little nudge here, and and little nudge there, and these oft-repeated "nudges" can result in a major alteration of a person's attitudes and conduct.
I was reminded of "nudge theory" as I taught my class in Privacy, Technology, And Freedom at UCSC, near the end of last Fall Quarter. The topic for the day, on November 23rd, was "Social Media," and one of the articles assigned was "The Coup We Are Not Talking About," by Shoshana Zuboff, who is a professor emeritus at Harvard Business School and the author of The Age of Surveillance Capitalism. That's a book worth reading, by the way, and The New York Times' article linked above - "The Coup We Are Not Talking About" - is worthwhile reading, too, if you can get past The Times' paywall.
The main message of Zuboff's article is that we have been subjected to an "epistemic coup," in which knowledge has been taken from us, and appropriated by the giant internet platforms that more and more determine what we think and how we act. Zuboff's article ran in the newspaper on January 21, 2021, the day after Joe Biden was inaugurated as President of the United States, and at a time when the events of January 6th were on everyone's mind:

I have spent exactly 42 years studying the rise of the digital as an economic force driving our transformation into an information civilization. Over the last two decades, I’ve observed the consequences of this surprising political-economic fraternity as those young companies morphed into surveillance empires powered by global architectures of behavioral monitoring, analysis, targeting and prediction that I have called surveillance capitalism. On the strength of their surveillance capabilities and for the sake of their surveillance profits, the new empires engineered a fundamentally anti-democratic epistemic coup marked by unprecedented concentrations of knowledge about us and the unaccountable power that accrues to such knowledge....

In an information civilization, societies are defined by questions of knowledge — how it is distributed, the authority that governs its distribution and the power that protects that authority. Who knows? Who decides who knows? Who decides who decides who knows? Surveillance capitalists now hold the answers to each question, though we never elected them to govern. This is the essence of the epistemic coup. They claim the authority to decide who knows by asserting ownership rights over our personal information and defend that authority with the power to control critical information systems and infrastructures (emphasis added).

The online "empires" to which Zuboff refers includes Google (which I invited you to utilize earlier in this blog posting) and Facebook (on which platform this blog posting will appear). Most of us - and probably anyone reading this blog posting online - are inhabitants of various online "empires" which are constantly "nudging" us, through their highly sophisticated algorithms, to spend more time within their precincts and to pay more attention to whatever it is that we have paid attention to before.
Our continued residence within the confines of these online empires will destroy everything we have thought we believed in, and to which we thought we were committed. That includes, specifically, our commitment to democratic self-government. Unless we change something, we will find that we have been "nudged" over the cliff.
Here's a concluding warning from the Zuboff article in The Times. It's a warning worth thinking about: