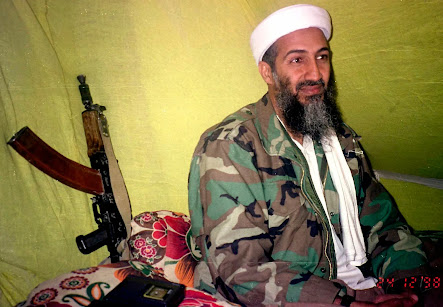 The Rise And Fall Of Osama Bin Laden, by Peter Bergen, is another book I haven't read. But I have read a review! Specifically, I have read a review by Louise Richardson, which appeared in the August 22, 2021, New York Times Book Review. That's where I got the picture, reproduced above. Richardson's review was titled, "The Terrorist Who Changed Everything."
As is so often the case, as I read through the newspapers each morning, my attention was captured by a single phrase. In this case, the phrase that caught my attention was the following: "The iron laws of terrorism."
Here is the last paragraph of Richardson's review, in which that phrase appears:

Bergen’s narrative illustrates some of the iron laws of terrorism and counterterrorism. In all of his speeches and papers, bin Laden, like most revolutionaries, never articulated a positive vision of the new world he wished to create. The American counterrevolutionaries, for their part, invariably stretched the emergency powers they were accorded. Both failed. Far from expelling the United States from the Middle East, bin Laden ensured America’s deep involvement. And Washington, by waging war on Iraq, saved Al Qaeda from oblivion.

Meeting violence with violence will never be successful in eliminating violence itself, or in redressing the injustices caused by violence in the first place.
An Eye For An Eye Will Make The Whole World Blind
Think about that!
Let's think about modeling our actions against injustice on the precedents established by the guy pictured below, not that guy at the top of the page! (And note the following in the photographs: Gandhi has no gun!). 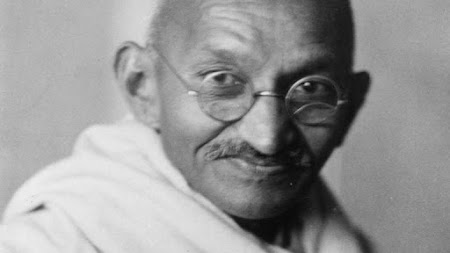