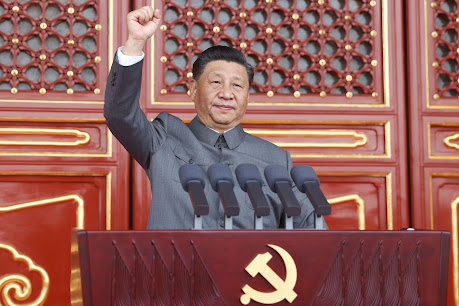 Here is what Wikipedia says about George Soros (just in case you don't already have a pretty good idea):

George Soros, who was born György Schwartz on August 12, 1930, is a Hungarian-born American billionaire investor and philanthropist. As of March 2021, Soros had a personal net worth of $8.6 billion, having already donated more than $32 billion to The Open Society Foundations. Of the amount that Soros has donated, $15 billion has already been distributed, representing 64% of Soros' original fortune. This makes Soros "the most generous giver" (in terms of percentage of net worth) according to Forbes.

Because a lot of Soros' political and charitable giving has gone to the Democratic Party, and to "progressive" type causes (like efforts to legalize marijuana), Soros is the billionaire that the right wing loves to hate. For those on the progressive side of the political divide, Soros might be thought of as "our billionaire."
I was impressed by an opinion piece, authored by Soros, that showed up in the August 14-15, 2021, edition of The Wall Street Journal. Soros' article was titled, "Xi's Dictatorship Threatens the Chinese State." I am not sure whether or not a paywall will make that article unreadable by non-subscribers, but if you would like to read the entire argument, click the link and see what you can find.
Here are the opening paragraphs, with one statement highlighted in bold:

Xi Jinping, the ruler of China, suffers from several internal inconsistencies which greatly reduce the cohesion and effectiveness of his leadership. There is a conflict between his beliefs and his actions and between his public declarations of wanting to make China a superpower and his behavior as a domestic ruler. These internal contradictions have revealed themselves in the context of the growing conflict between the U.S. and China.

At the heart of this conflict is the reality that the two nations represent systems of governance that are diametrically opposed. The U.S. stands for a democratic, open society in which the role of the government is to protect the freedom of the individual. Mr. Xi believes Mao Zedong invented a superior form of organization, which he is carrying on: a totalitarian closed society in which the individual is subordinated to the one-party state. It is superior, in this view, because it is more disciplined, stronger and therefore bound to prevail in a contest.

Relations between China and the U.S. are rapidly deteriorating and may lead to war. Mr. Xi has made clear that he intends to take possession of Taiwan within the next decade, and he is increasing China’s military capacity accordingly.

He also faces an important domestic hurdle in 2022, when he intends to break the established system of succession to remain president for life. He feels that he needs at least another decade to concentrate the power of the one-party state and its military in his own hands. He knows that his plan has many enemies, and he wants to make sure they won’t have the ability to resist him (emphasis added).

I appreciated Soros' commentary because there are all too many people who believe - as Xi is said to believe - that "democracy" is inherently incapable - or certainly less capable - of the kind of "discipline" that is sometimes needed to address collective crises, or to achieve community or collective goals. If "democracy" is thought to mean that our society ought to be governed so as to let the self-serving interests and ambitions of every individual person predominate, no matter what would be best for us overall, then it is obvious that such a "democracy" would be at a profound disadvantage in achieving collective or community objectives.
There is a fallacy, however, in that view of "democracy." The fallacy is in thinking that we, looked at in our totality, are nothing more than a collection of individuals, each individual devoted to his or her own personal advancement and self-aggrandizement. But this is not who "we" actually are. We are individuals, of course! But we are not only individuals. While separate, we are part of a greater whole. We are "in this together," and we know it. To the degree that we lose that appreciation of our common future and our common fate, then we will, indeed, go down in the flood, as Xi is said to anticipate.
But if that is not true, and if we remain clear that we share a common world and a common destiny, and that our "plurality," our "diversity" as individuals, is a "feature, not a bug," then it is clear that to allow individuals the scope and ability to provide leadership, and to rally others to collective action, makes that kind of genuine "democracy" far stronger than a system in which only a very few people (and ultimately only one person) can suggest actions, and solutions, and call us all into a unified and collective effort.
The fallacy is to think that "democracy" should be analyzed as some sort of "economic" order, focusing on individual activities. "Democracy" is a political category, and our understanding of democracy must place it in its proper, political dimension. We are not individuals, but citizens, and in a democracy, citizens do not operate as atomized, unconnected individual units, but in small (and ever larger) groups, bound to the overall community that sustains us all.
Let's not forget that quintessential American phrase, found on the back of our dollar bill: "E pluribus unum." Out of many, one. Out of our "diversity," or "plurality," as Hannah Arendt would say, comes a unity that brings us all together.
When we have genuinely embraced democracy, which means that we have embraced that "plurality" that is the essence of the human condition, we are then best able, together, to create that "New Order in the World" that is also mentioned on our dollar bill.
You don't need billions of those dollar bills to get the message, either!