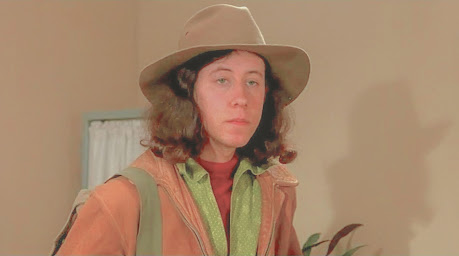 Thanksgiving was yesterday, and that's a long-ago picture of Arlo Guthrie, above. Thanksgiving and Arlo Guthrie go together, and if you click this link, you'll be connected up with the Whalebone website, where Lenny Falcone makes clear that the story of "Alice's Restaurant" is a story founded on fact.
Yesterday, thanks to a Facebook Friend who posted the original version of the song on her Facebook page, I listened to "Alice's Restaurant" once again, and I ended up in tears.
Way back then, I went to one of those induction centers, as featured in the song, and refused to step forward. I had not then heard of the "Alice's Restaurant" alternative, but I knew that any alternative to going into the armed forces to kill people would have to be my choice. I realized, yesterday, hearing the song once again, that Arlo Guthrie sang his song not only with lots of humor, but with a great, immense hope, and I realized how wonderful it was that Guthrie's song, and people who chose to resist the draft, were able to shut down the conscription system - probably for good.
But (and this is the thought that brought on the tears) despite all that great work, despite the fact that we have stopped the military draft, we still haven't stopped our organized American efforts to kill others, abroad, and all around the world. That means, I think, we are going to have to search out some sort of new song, because if there is any one lesson from "Alice's Restaurant," it is that you don't throw new garbage on top of garbage left out there from sometime ago. Ultimately, we're going to have to clean up the garbage, and it's best not to add to the pile.
Even one day after Thanksgiving, it's still good to listen to the song. So, here it is:
Image Credit:
https://whalebonemag.com/arlo-guthrie-howard-beach-thanksgiving/