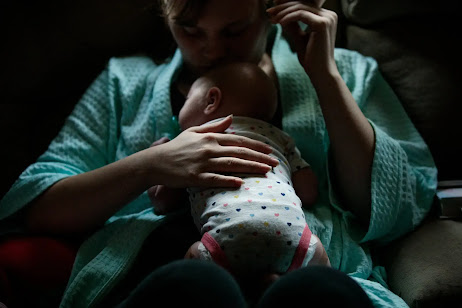 Some of the Biden administration's programs that provide benefits to needy families are not nearly as popular as those programs were predicted to be. Here is what The New York Times has to say about that, as outlined in an Opinion Editorial that ran in The Times on October 16, 2021:

When the federal government started sending monthly checks to families with children earlier this year, Democrats predicted that the program would be a big hit. They were counting on public support to extend the payments beyond this year, and to pass a broader expansion of federal aid for families.

So much for that.

Enthusiasm has fallen short of the party’s expectations, and Democrats are facing a gut-check moment. The Biden administration is struggling to win the unified support of Senate Democrats for an expansion of social welfare programs, and public opinion polls suggest that the misgivings of centrist Democrats, notably those of Senator Joe Manchin of West Virginia, are shared by many Americans (emphasis added).

The Times thinks it knows why enthusiasm for the Biden proposals has not been more robust:

Those seeking to expand the government’s role in American life ... need to engage the ideological arguments of their opponents. Many Americans regard government benefits as a kind of charity that ought to be reserved for those whom they consider both needy and deserving — generally speaking, the working poor. This is what Mr. Manchin meant when he said recently: “I don’t believe that we should turn our society into an entitlement society. I think we should still be a compassionate, rewarding society.”

Some proponents of President Biden’s plans are inclined to grant Mr. Manchin’s point and then argue for programs like the child benefit on the grounds that it is a worthy kind of charity.

The better argument is that Mr. Manchin is wrong. Paying taxes is not a form of noblesse oblige, and the social safety net is not a philanthropic project. This nation’s prosperity is a collective achievement, and Americans are entitled to share in that prosperity. Americans also need government support to contribute to that prosperity. A basic goal of providing more help to parents with dependent children is to allow those parents to engage in paid work and to allow their children to become flourishing members of society (emphasis added).

I think The Times' comment is right on target. Spending on social service programs is not a type of charitable donation. It is, essentially, as President Biden has said, an investment in the "infrastructure" of this nation - with "people" being the ultimate "infrastructure" on which everything else depends. It is absolutely true that the success of the United States economy reflects the contributions made by every one of us. The nation's prosperity is, as The Times claims, a "collective achievement."
The problem, though, is that many don't see our national success as a "shared success." They analyze and understand the world only in terms of the "individual." What we lack is a felt sense of social solidarity. Until we develop a sense that we are "all in this together," we have a problem. Without the sense that we are engaged in a common project, the Biden program seems to be based on the idea that those who are the most fortunate should be taxed to provide assistance to meet the needs of the less fortunate. That sounds like a program of "compelled charity," and it is no surprise that such a program is not that attractive to lots of different people - even those who might benefit from it, but who don't want to be seen as "charity cases."
I have no doubt in my mind that we are "all in this together," so I, personally, am keeping my fingers crossed as I watch what is happening in the United States Senate.
"Working together" is what builds the kind of social solidarity that will provide political support for investing in the American people as the fundamental "infrastructure" for our future national success. Thus, to my mind, the so-called "Build Back Better" program must be seen not as a way for "the government" to provide more benefits to the needy, but as a call for a contribution from every one of us to a new national project - a project long overdue - renovating and rebuilding every aspect of our common life, from environmental restoration, to education, to repaving the roads, repairing the bridges, and rehabilitating deteriorating housing.
"The government" is us. If we, together, are going to restore and rebuild America, social solidarity will be there. If some bureaucracy in Washington, D.C. is going to take money from those who have it, and give it away as a kind of charity to those who are needy, it's just one more version of the "givers" and the "takers," and there isn't going to be much enthusiasm for that.
Aren't we all in this together? Aren't we, collectively, putting ourselves in the position to restore and rebuild America, and to start reversing the processes of global warming that are putting our human civilization at risk? Aren't we getting set to build housing for those who don't have any, and aren't we getting ready to clean up our environment and reform agriculture in a time of climate change?
I know we are, and I'm keeping my fingers crossed, because our elected officials at the national level are going to have to explain what they're proposing in a way that we all understand that we are being called upon to mobilize our collective resources to undertake the massive challenges that - if we master them - will leave a world for our children that will sustain their lives and let them celebrate our accomplishments.
We need to understand that our program for the future is not a program that will tax the fortunate to provide helpful charity to those less blessed, but is an program that reflects our collective decision, and determination, and commitment to invest our resources in projects that will rebuild and renovate the nation we love so much.
I'm keeping my fingers crossed.
Image Credit:
https://www.nytimes.com/2021/10/16/opinion/child-tax-credit-biden-welfare.html