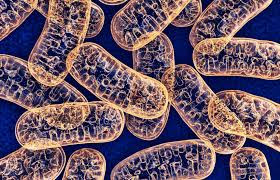 Farhad Manjoo has raised a pertinent, and disturbing, question in a recent New York Times column:
What if we have hit the limit of our capacity to get along?
Manjoo tells us (reminds us, actually) that "at the broadest level, human history is a story about cooperation. Individually, we big-brained, hairless primates are fairly ridiculous creatures, easy pickings for any dad-bod Simba roaming the plains. But get us together and we achieve dominion over land and sky."
Hopefully, this observation is, indeed, a "reminder," not a "news flash." If we succeed in what we attempt, that is because we can (and do) "cooperate." It is disturbing to think that maybe our ability to do that - to cooperate - has reached some kind of limit, and that we just can't do that anymore.
If that is true (let's hope it's not) why would that be? Here is how Manjoo presents this hypothesis:

What if we’ve hit the limit of our capacity to get along? I don’t mean in the Mister Rogers way. I’m not talking about the tenor of our politics. My concern is more fundamental: Are we capable as a species of coordinating our actions at a scale necessary to address the most dire problems we face?

Because, I mean, look at us. With the Covid-19 pandemic and climate change, humanity is contending with global, collective threats. But for both, our response has been bogged down less by a lack of ideas or invention than by a failure to align our actions as groups, either within nations or as a world community. We had little trouble producing effective vaccines against this scourge in record time — but how much does that matter if we can’t get it to most of the world’s people and if even those who have access to the shots won’t bother?

Global failures of cooperation are, of course, nothing new; we did have those two world wars. But now we’re facing something perhaps even more worrying than nationalist enmity and territorial ambition. What if humanity’s capacity to cooperate has been undone by the very technology we thought would bring us all together?

The internet didn’t start the fire, but it’s undeniable that it has fostered a sour and fragmented global polity — an atmosphere of pervasive mistrust, corroding institutions and a collective retreat into the comforting bosom of confirmation bias. All of this has undermined our greatest trick: doing good things together.

I think that Manjoo's concern is a legitimate one, though I wouldn't place all the blame on the technology that has made us into a "wired world." We, as a species, are now trying to operate on a planetary, global, scale - and the success of our human civilization will depend on our ability to do so effectively. The so-called "supply chain" problems we have lately discovered, and the challenges associated with global warming, even more than that, have revealed, as Manjoo suggests, that we seem to be pushing the limits of our ability to coordinate and cooperate in a successful and productive way.
If that's true (and I do think that Manjoo is onto something), we are discovering that human beings were not meant to operate on a "global" scale. Yet, that is how we have designed our civilization, and if we are not able to be competent, and cooperate, at a global scale, then our global failure to succeed may well foretell the ultimate collapse of human civilization.
That is, essentially, Manjoo's point, the way I read him, though he does end his speculations on a quasi-upbeat note (emphasis on the "quasi"):

As the pioneering political economist Elinor Ostrom showed over a lifetime of research, there are countless examples of people coming together to create rules and institutions to manage common resources. People aren’t profit-maximizing automatons; time and again, she found, we can make individual sacrifices in the interest of collective good.

Ostrom was awarded the Nobel Memorial Prize in Economic Sciences in 2009. In her prize lecture she wrote that “humans have a more complex motivational structure and more capability to solve social dilemmas” than rational-choice economists have given us credit for. The key to unlocking these capabilities, she said, was building the right institutions. Capitalist markets and nation-states had taken us only so far. Now, she suggested, we needed to imagine new kinds of groups that could improve how humans innovate, learn and adapt together to take on looming environmental challenges.

She died in 2012, so she did not witness what came next: the rise across much of the world of conspiratorial alternate realities and intense polarization that have hampered progress on so many global problems. As a species, we are still searching for the institutions Ostrom predicted we’d need to focus humanity’s collective power. I hope she was right that we are up to the task — but I can’t say I’m optimistic.

As we search for "the right institutions" to make human success possible at the global scale at which we are now attempting to operate, I would like to suggest the humble mitochondrion as both metaphor and inspiration.
Our human bodies are fantastically complex. It's a wonder that they work, and lots of "cooperation" is needed. The kind of biological cooperation that makes our lives possible is powered by mitochondria:

Mitochondria are often referred to as the powerhouses of the cell. They help turn the energy we take from food into energy that the cell can use. But, there is more to mitochondria than energy production.

Present in nearly all types of human cell, mitochondria are vital to our survival. They generate the majority of our adenosine triphosphate (ATP), the energy currency of the cell.

Mitochondria are also involved in other tasks, such as signaling between cells and cell death, otherwise known as apoptosis.

At whatever scale we wish to examine, we "live in a political world," and the political analogue of the mitochondria are those "small groups" that Margaret Mead talked about. You remember what she said:

Never Doubt That A Small Group Of Thoughtful Committed Citizens Can Change The World: Indeed It's The Only Thing That Ever Has.

Mitochondria are the "powerhouses of the cell," and small groups are the source of political power. To the degree that we want to make our ever more complex human civilization work, we must operate not at the "global scale" where our attention is most commonly focused today. We must build real connections to others in the small groups that are the only source of the power that can help us transform recalcitrant realities into a habitat that has a place for human existence.
Mitochondria are our metaphor. That's my message. Think about it. Are you, currently, working in small groups with others, to shape and inspire a human reality that is congenial to human life? If not, get together with some friends (and strangers) and get to work.
And remember what Tip O'Neill said. He, like Margaret Mead, had his finger on a central truth: "All Politics Is Local."
Small groups, with real connections at a local scale, can save the world (as Elinor Ostrom intimated).
Indeed, it's the only thing that has a chance!
Image Credit:
https://www.medicalnewstoday.com/articles/320875