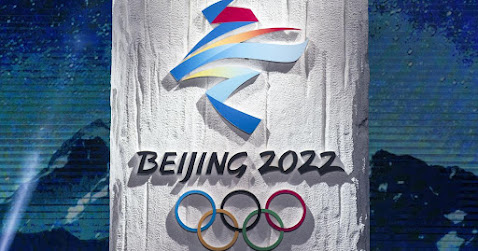 An article in The Wall Street Journal seeks to demonstrate that "Hosting the Olympics Doesn't Pay Off." It is an interesting article, focusing mainly on the question why any nation, or any city, should want to host the Olympics, since hosting the Olympic Games is definitely a money-losing proposition.
There is, of course, one obvious answer to that question: Money isn't everything! That proposition, as you might expect, is a little difficult for The Wall Street Journal to get its head around.
I did not, actually, pay much attention to the major question addressed in the article. I was attracted, instead, by the following discussion of the upcoming Winter Olympics, to be held in China in 2022:

They’re doing some really crazy, crazy things. They’ve selected two venues 60 and 120 miles to the north of Beijing to host the Nordic and Alpine skiing events. Both of those areas are arid — not far from the Gobi Desert. They have to invest tens of billions of dollars in a water transfer system because they’re going to have to use artificial snow. None of that’s going to appear in the Olympic budget. It’s extremely stupid to spend that kind of money to promote skiing in the north of China when it’s not a very popular sport. They admitted to spending $44 billion for the 2008 Summer Games (emphasis added).

The Wall Street Journal thinks it's "crazy" to spend money that won't produce an acceptable monetary return. I see something else that's crazy, in the plans outlined in the little snippet from The Journal that I have reproduced above.
Human beings continue to believe that they don't, ultimately, live in the World of Nature, which does have natural limits that define reality. For instance, snow requires water and below freezing temperatures. That is just one of those "facts of life," if you believe that our lives are lived, ultimately, in the Natural World.
China (and this is certainly not unusual) is seeking to live in a world that is entirely a human creation, completely divorced from the constraints of the Natural World upon which all life depends.
Whoever does this, and wherever they do it (it's a worldwide phenomenon), are doing some "crazy, crazy things!"
Image Credit:
https://scroll.in/field/957918/postponement-of-tokyo-olympics-to-2021-puts-2022-beijing-winter-games-in-special-situation