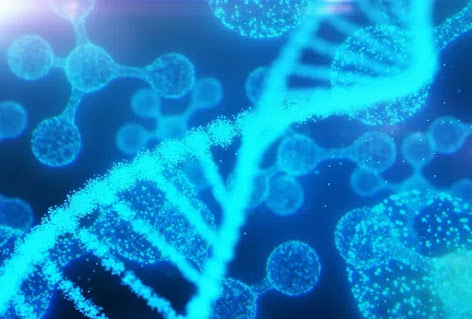 A recent article in Salon, the online magazine, tells us that "Panpsychism, the idea that inanimate objects have consciousness, gains steam in science communities."
To the extent this is true, it's big news, since "scientists" have never liked panpsychism. The matter at issue, in case you have not run into panpsychism before, is the nature and origin of consciousness, which we all more or less assume is a real thing, since we all experience it, or think we do!
Here is how Salon begins its discussion:

Panpsychism's appeal may stem partly from the fact that scientists currently can not explain what consciousness – the thing that gives you a mind and makes you self-aware — actually is. During the 17th century Enlightenment, philosopher René Descartes famously argued for a so-called "dualist" approach to explaining how our mind interacts with our body. He argued the physical matter of our bodies and whatever substance creates a mind are separate entities (perhaps connected by the pineal gland), with our flesh essentially serving as a house for our souls. This argument holds that if science could explain everything, it should be able to quantify a mind/soul — visually describe it, hear it, feel it, measure and record it. None of that has happened; indeed, the very notion of it happening seems nonsensical....

"The problem is a lot of regular people, who are not philosophers, are dualists, because they believe in the mind or the soul as a separate entity from their physical being, their physical body," David Skrbina, a philosopher and author of the book "Panpsychism in the West," told Salon. "And so a lot of people for religious reasons, and just 'common sense' reasons, tend to think in dualist or Cartesian terms without really even understanding it. And so when we talk to the public at large, we are sort of stuck dealing with the Cartesian question, even though most philosophers, I think, do not give it much credibility at all."

The article in Salon goes on to say that "non-dualist" explanations don't seem to work very well, either:

Those who believe our minds come directly from our bodies are also facing some logical challenges. In other words, there is no equation, no theory that would account [for] nor explain our conscious feelings, the everyday state of awareness and thought that constitute life and existence. There is nothing in physics or chemistry or biology that accounts what it is like to be.

You can detect, in the discussion presented here, in which Salon quotes a "philosopher," a certain philosophical and scientific disdain or contempt for "regular people," and for their cognitive capacities. But, of course, the magazine does make clear that the philosophers and the scientists don't really have any "scientific" explanation of consciousness that stands up to a normal scientific analysis.
Reading the article is worth the time, in my opinion, but if you choose to do that, you should understand how the story ends. The question is not settled. Salon's last lines confess that neither science nor philosophy has a solution to the puzzle:

"Scientifically speaking, we're in quite a bind with consciousness in particular and with the mind in general, just because of the nature of what it is," Skrbina told Salon. "It is not the kind of thing that is really, like I say, subject to scientific analysis."

Since I spent a lot of Sundays in the Episcopal Church, as I was growing up, I have always been able to rely on something that Paul the Apostle said, as I have tried to grapple with the difficult to understand problem of "consciousness." Paul's statement is found in Acts 17, and the phrase I have highlighted below, spoken by Paul to a gathering on Mars Hill, in Athens, was long ago made liturgical. It has always stuck with me:

Then Paul stood in the midst of Mars' hill, and said, Ye men of Athens, I perceive that in all things ye are too superstitious. For as I passed by, and beheld your devotions, I found an altar with this inscription, TO THE UNKNOWN GOD. Whom therefore ye ignorantly worship, him declare I unto you. God that made the world and all things therein, seeing that he is Lord of heaven and earth, dwelleth not in temples made with hands; Neither is worshipped with men's hands, as though he needed any thing, seeing he giveth to all life, and breath, and all things; And hath made of one blood all nations of men for to dwell on all the face of the earth, and hath determined the times before appointed, and the bounds of their habitation; That they should seek the Lord, if haply they might feel after him, and find him, though he be not far from every one of us: For in him we live, and move, and have our being; as certain also of your own poets have said, For we are also his offspring. Forasmuch then as we are the offspring of God, we ought not to think that the Godhead is like unto gold, or silver, or stone, graven by art and man's device. And the times of this ignorance God winked at; but now commandeth all men everywhere to repent: Because he hath appointed a day, in the which he will judge the world in righteousness by that man whom he hath ordained; whereof he hath given assurance unto all men, in that he hath raised him from the dead (emphasis added).

Paul's claim that we "live, and move, and have our being" in God, who created us, and who created all things, provides at least one solution to the problem of where our "consciousness" comes from. It comes from our Creator, and that "consciousness" pervades everything in the Creation. It is independent of the physical realities that present themselves to us as "the world." At least, that's the way I get it. "Panpsychism" is pretty much the way it really is, because everything that exists has its being in that same Creation of which we are a part.
This is a "religious" claim, I know - and thus difficult for many to accept. But my "Two Worlds Hypothesis" is really just a restatement of what Paul has said. We are most impressed by, and focused on, what we, ourselves, accomplish, but the human world that we create is only immediately our home. Ultimately, we live in the World of Nature, or the World that God Created, and if we forget this, we are certain to perish.
The words I heard in Sunday School continue, for me, to explain our human situation. We are in this life together, but we have not arrived here of our own choice. We are not alive, and conscious, because of anything we have done. Our lives are a mystery, but we do know one thing: the origin of our lives is not in ourselves, try as we will to claim that everything in our world has its origins in us. We would rather be our own creations.
But we are not!
Image Credit:
https://www.salon.com/2021/07/23/panpsychism-the-idea-that-inanimate-objects-have-consciousness-gains-steam-in-science-communities/