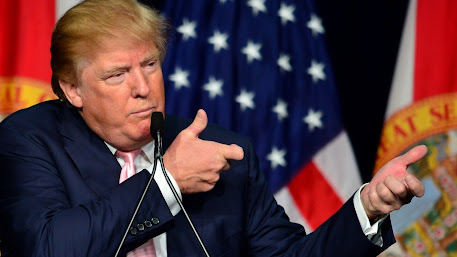 The March-April 2021, issue of Mother Jones called former president Donald Trump a "Mob Boss," and a "domestic terrorist." The article in which these charges were levied was written by Mark Follman and was titled, "American Carnage."

The description of Trump as a terrorist leader is neither metaphor nor hyperbole—it is the assessment of veteran national security experts. Trump, those experts say, adopted a method known as stochastic terrorism, a process of incitement where the instigator provokes extremist violence under the guise of plausible deniability. Although the exact location, timing, and source of the violence may not be predictable, its occurrence is all but inevitable. When pressed about the incitement, the instigator typically responds with equivocal denials and muted denunciations of violence, or claims to have been “joking,” as Trump and those speaking on his behalf routinely made.

Juliette Kayyem, a former assistant secretary in the Department of Homeland Security, is one of the "national security experts" cited by Mother Jones. Here's her bottom line: Trump must not be allowed a second act. "This is how to think about it," Kayyem said: "No forgiveness."
No second act? I'm good with that!
Image Credit:
https://www.inc.com/larry-kim/10-unusual-twitter-marketing-tips-from-donald-j-trump.html