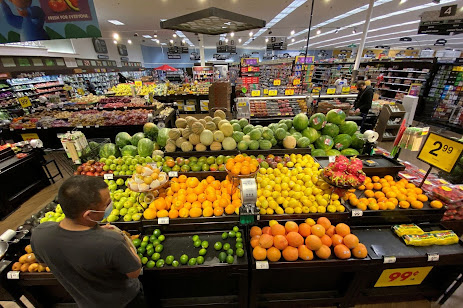 Anyone who reads this blog on any regular basis knows that I subscribe to The Wall Street Journal. I am not ashamed to admit it.

Let me hasten to advise readers, however (and particularly any readers who do not regularly follow my blog postings), that my decision to subscribe to The Wall Street Journal does not reflect a decision to subscribe to the views most commonly expressed in The Wall Street Journal. Anyone who does regularly follow my blog postings has probably already figured that out!
On Wednesday, August 18, 2021, The Wall Street Journal's editorial pages (almost always the last three pages in the first section of the paper) were almost exclusively devoted to an abundance of "ain't it awful" discussions, all focused on the same thing. The topic? The alleged "failure" by President Biden and his Administration to do the right thing as United States troops left Afghanistan. We should remember, of course, that withdrawing our troops from Afghanistan is something that several former presidents had promised to do, but had not accomplished.
Here is a listing of the commentaries I am referencing:

William A. Galston, pointing out problems in Afghanistan, titled his column, "Biden Has Trouble at Home, Too."

Charity Wallace wrote that "The Nightmare Resumes for Afghan Women."

Dan Crenshaw opined that "almost everyone agrees that what's happening in Afghanistan is an unmitigated disaster."

Former Vice President Mike Pence weighed in with the claim that "Biden Broke Our Taliban Deal."

There were five Letters to the Editor in the paper, appearing under a common headline, "Biden's Disastrous, Precipitous Withdrawal."

In its "Review & Outlook" column, where the paper's traditional editorial statements appear, one editorial was titled "Operation Afghanistan Rescue." That editorial statement alleged that "an unknown number of Americans, and thousands of Afghans targeted by the Taliban," are now "stranded."

The next editorial in line, "China's Afghanistan Taunt," indicated that the troop withdrawal was a real gift to China and Russia, "our true strategic competitors."

Finally.... after almost three full pages of articles and editorials and letters decrying the Biden Administration's success in actually doing what no former Administration had been willing to do, the last editorial statement in The Journal's "Review & Outlook" column turned its attention to a topic different from the statements about Afghanistan found everywhere else on its editorial pages. Or was it a different topic, after all?
In The Journal's August 18, 2021, editorial titled, "The Democratic Food-Stamp Boom," which editorial was accompanied online by the picture found at the top of this blog posting, The Wall Street Journal decided to link the Biden Administration's increase in food stamp support for poor people to the "Afghanistan retreat."
And here is how The Wall Street Journal did that:

What a telling juxtaposition. Amid the throes of its Afghanistan retreat, the Biden Administration on Monday announced a giant food-stamp expansion. Democrats are shrinking the U.S. military footprint around the world so they can expand the welfare state at home.

The Department of Agriculture (USDA) is increasing benefits by an average of 27% over pre-pandemic levels under the guise of updating its Thrifty Food Plan. This is the basket of foods that the government uses to determine benefit size, which averaged $130 per person monthly before the pandemic. Benefits are adjusted annually for food inflation.

Progressives complain that the basket hasn’t changed since 2006 despite the government’s changing nutritional standards, which recommend people eat more lean protein, fruits and vegetables and whole grains—all of which tend to be more expensive. Ergo, USDA is now sweetening the average benefit by a whopping 27% over pre-pandemic levels (emphasis added).

Let me emphasize what The Wall Street Journal has said in its editorial on food stamps. Naturally, given that the paper is devoted to the interests of the wealthy, and even the super-wealthy, it's not unusual to find that the paper doesn't have any sympathy for poor people who can't afford food for their children.
But.... let's look at the trade-offs that The Journal spotlights in its opposition to increases in food stamp support for the poor.

WHAT A TELLING JUXTAPOSITION!

It appears to The Journal that the Biden Administration is "shrinking the U.S. military footprint around the world" in order to spend that money in a way that benefits people in the United States.

WHAT A TELLING JUXTAPOSITION!

Isn't that exactly what ordinary people in the United States might hope would be the priority of their government?
I would like to think that the answer is, "yes." It makes me happy. I'll tell you that!
Image Credit:
https://www.wsj.com/articles/the-democratic-food-stamp-boom-joe-biden-usda-welfare-state-11629225286