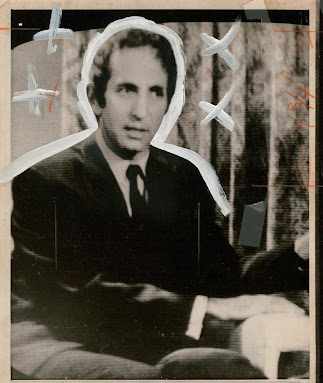 A while back, on Sunday, June 13, 2021, The New York Times ran a special report, providing extensive coverage of the release of The Pentagon Papers, which were first published in The Times exactly fifty years earlier:

Elizabeth Becker wrote an article (in the hard copy edition of the paper) that was titled, "Public Lies and Secret Truths." Becker's article was captioned as follows: "The Pentagon Papers showed U.S. citizens that their government was misleading them on Vietnam for years."

"We're Going to Publish" was a lengthy set of oral interviews with those who had played a key role in the release of The Pentagon Papers (officially titled, by the government, as "Report of the Office of the Secretary of Defense Vietnam Task Force").

Adam Liptak, a lawyer, law professor, and the Supreme Court correspondent for The Times, contributed a thought-provoking legal analysis,  "Fragile Protection for a Lasting Freedom."

"Classified, Until It's Not," by Peter Baker, provided a close reading of the Supreme Court affidavit written in 1971 by The New York Times' Washington bureau chief.

David Sanger contributed an article on the "Power of the Press, in the Balance."

Lien-Hang Nguyen's article was titled, "Owning a Shared History," and noted that "the Vietnamese have released no equivalent to The Pentagon Papers, but they have relied heavily on the originals."

I was interested in all of the above-listed articles and analyses, but what I found most of interest were two editorial statements, printed not in the stand-alone section of The Times that comprised its "Special Report," but on The Times main editorial page:

Andrew J. Bacevich, a veteran of the Vietnam War, a retired Army colonel, and an emeritus professor at Boston University, stated: "To read the Pentagon Papers, as I have been doing recently, is to be struck by how oblivious senior officials were to the dubious assumptions permeating their deliberations." Bacevich, in other words, was happy that both the public and government officials had an opportunity, because of the release of The Pentagon Papers, to learn what was actually going on - and to learn some much-needed lessons, as well.

Gabriel Schoenfeld took the contrary position. Schoenfeld is author of Necessary Secrets: National Security, the Media, and the Rule of Law. He argued that "Leaking the Pentagon Papers Was an Assault on Democracy."

That claim by Schoenfeld, it seems to me - the claim that releasing The Pentagon Papers was an "assault on democracy" - is particularly wrong-headed. If "democracy" is a form of government in which "We, the People" are in charge (and it is - or, at least, that's what democracy is supposed to be), then "We, the People" need to know what the government is doing. Otherwise, we can't be in charge.
That sounds pretty simple, doesn't it? Could it really be that simple?
It could!
If genuine democracy requires that the people need to know what their government is doing, so that the people can be in charge of the government, and not the opposite, then Daniel Ellsberg and Edward Snowden should be categorized as heroes, not traitors, for taking action to inform the people of the United States what their government was doing in their name - and telling us all, for that matter, that the government had been lying to us about what the government was doing.
Image Credit:
https://www.nytimes.com/2021/06/11/opinion/pentagon-papers-daniel-ellsberg.html