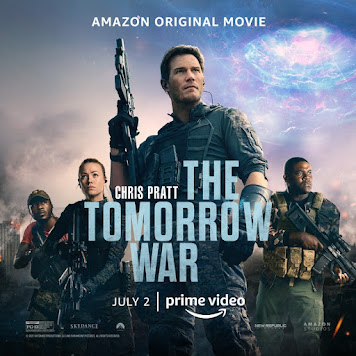 Counterpunch ("Tells the facts. Names the names") wants to alert us to the realities of the next war. No human participation will be required - at least, not on the "battlefield."
Of course, the idea that there is a "battlefield" in our wars is a linguistic holdover. It used to be that competing armies would meet out in the country, somewhere, and have a battle, and then the victorious party could advance, while the losing army had to retreat (those who weren't already dead, of course). You might want to think of Gettysburg as an example of this traditional style.
By the time of World War II, the quaint notion of a geographically defined "battlefield" had given way to the landscape of total war. The United States and Britain bombed German cities into oblivion. Of course, the German air force had attempted the same with its attacks on London. Surely, turnabout was fair play. The atomic destruction of Hiroshima and Nagasaki made totally clear that the "enemy" against which war would be prosecuted was not going to be a group of soldiers, who would fight on a "battlefield." The "enemy" was everyone associated with the nation, or the group, against which a war might be waged. Though without the use of atomic weapons, this is the model that the United States pursued in Vietnam, changing out chemical warfare for a commitment to nuclear bombs.
Luckily for the United States, its geographic isolation has largely protected its home turf from the kind of modern war that the United States largely invented and has pursued throughout the world. The attacks on September 11, 2001, were so unusual and unexpected that they caused a major national trauma, minor as these attacks were, compared to the kind of attacks that the United States has carried out in other countries.
Our "War Against Terror," the United States' reaction to 9/11, has brought us to the next stage, in which the United States has pioneered a war by machinery, not men. Drone warfare, specifically, has allowed the United States to kill others, individually or in groups, with essentially no danger that anyone targeted for elimination would have any ability to fight back. What a great idea!
Well, Counterpunch is telling us, in its July 20, 2021, article titled, "Robotic Killing Machines and Our Future: Chris Pratt, Aliens and Drones," that the latest version of war is now upon us:

One of the things necessary to understand about warfare is it is the most competitive of all human activities. When I was a Marine officer in Iraq, I was responsible for the counter-improvised explosive device (IED) operations for my regiment. My Marines and sailors went on the roads looking for those roadside bombs. After returning home, I worked for the Joint IED Defeat Organization, trying to get technology to US forces in Iraq and Afghanistan to protect them from IEDs. What I learned, and what we experienced, was that within 30 to 60 days of whatever technology or tactic we put into the field to try and protect our soldiers from IEDs, the insurgents had come up with a counter to our countermeasure. We would issue a piece of equipment that would attempt to protect our troops, but the insurgents had found a way to defeat it within a month or two. We would then produce an upgrade, a change in tactics, or another piece of equipment, and the insurgents would then find a way to counter that countermeasure. On and on it went, and, since these wars continue, on it goes. This degree of extreme competition is why the human race has often seen its swiftest and most extraordinary technological progress during warfare.

Militaries recognize the danger of drones and are trying to find ways to protect their troops from them. One such advancement that may reap horrifying effects on civilians, particularly in a country like the US, where mass shootings are daily, is a rifle that automatically tracks and fires on the target at which the shooter aims. Ostensibly created to combat drones, this rifle can be used against anything or anyone. The shooter aims at the person they want to shoot, and the computerized rifle sight follows the person selected. The shooter pulls the trigger; however, the rifle does not fire until the computer tells the rifle to fire to ensure a hit. You can buy one of these rifles for $6,000. How long until one of these is used at a church, a school, a concert…If Chris Pratt and his friends in The Tomorrow War had the weapons available today, let alone 30 years from now, that movie would not have lasted fifteen minutes (emphasis added).

Deciding to direct our "competitive instincts" to activities other than war is, I think it must be admitted, at least technically possible.
Might I suggest that now would be a good time to redirect our competitive efforts - and to strive, in that respect, to be a model for the rest of the world? As Pete Seeger (and a long tradition of American song ) suggests, we really shouldn't "Study War No More!"
Image Credit:
https://www.counterpunch.org/2021/07/20/robotic-killing-machines-and-our-future-chris-pratt-aliens-and-drones/