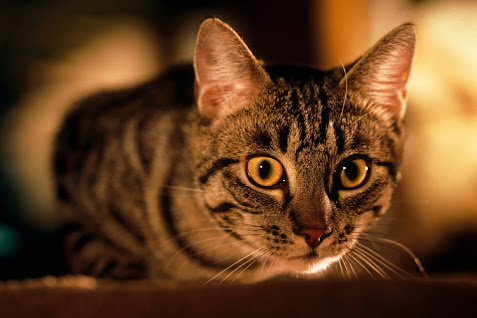 Pet Sounds is the 11th studio album by the American rock band the Beach Boys, released May 16, 1966, on Capitol Records. It was initially met with a lukewarm critical and commercial response in the U.S., peaking at number 10 on Billboard's Top LPs chart. In the UK, the album was lauded by critics and reached number 2 on the Top 40 Albums Chart, remaining in the top ten for six months. Promoted there as "the most progressive pop album ever," Pet Sounds garnered recognition for its ambitious production, sophisticated music, and emotional lyric content. It is considered to be among the most influential albums in music history.

Why the title of that famous Beach Boys' album sprang into my head, I'll never know, but "Pet Sounds" immediately came to mind, for no especially good reason, when I read a recent installment of The Great Change blog, entitled, "One Dark Secret About the Climate Emergency You Won't Hear Anywhere Else."
As you must be able to guess, the "dark secret" relates to "pets," and specifically to pet cats. As The Great Change blog put it:
You may not want to give up flying or have fewer children. But are you ready for this? 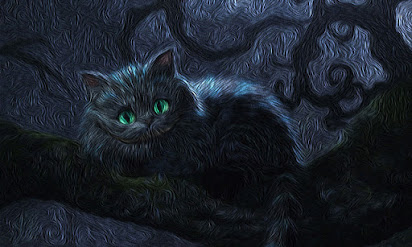 Readers of The Great Change already know that flying in airplanes is a big contributor to global warming, and that we need to drive less (or not at all), and that we need to reduce human population, too. What is being suggested is that pets are contraindicated, too, if we want to be serious about reducing our impacts on the planet:

Maybe you were shocked by the “heat dome” temperatures in Juneau, Stockholm and Moscow. It was 90°F (32.2°C) inside the Arctic Circle. One billion marine animals died. A mountain town in British Columbia got hotter than Las Vegas has ever been and set new heat records for all of Canada on three consecutive days. Then it burned down.

Or maybe you are contemplating the massive droughts, wildfires and mortality in Australia, Brazil, and the American Southwest. Maybe you’re thinking about no longer buying beachfront property on Miami Beach. Whatever this is, it is not how the future once seemed. You have been shaken from complacency.

Many people are suddenly leaning in and looking for something they can personally do to tackle climate change. I was in a Clubhouse room last week and Gen-Z people were seriously asking, “Why isn’t there already an app for this?”

Well, I thought, they might try giving up red meat a few days every week. There are vegan cooking apps. Maybe they could join a car-share co-op or use Uber. Sell the clunker car and buy a newer phone. Maybe they can even afford solar cells for their roof. But, honestly, there is no easy way out of climate change and we better start getting used to that. I actually did download an app called Joro and filled out the profile only to discover that rather than help me reduce my carbon footprint, it was just a scam giving cookie cutter advice (none of which applied to me) designed to suck users into in-app or sponsored purchases while they gathered my juicy juicy data. Thanks, techies.

The hard choices will not be found in the app store. You may have to give up flying. Or have fewer children. But the last thing Gen-Zers would want to hear is that they’ll have to give up their pets.

In Week 47, I pointed out that to reach a carbon footprint of net zero, we will need to cut the US pet population by some 10 million dogs and 10 million cats every year for a decade and then by some 200,000 per year in the out years towards mid-century. We’ll have to get down to one dog and one cat for every 300 people, and then beyond that. I went on to describe why dogs are so difficult to part company with because of our interwoven social history and their special genetic endowments of trust, loyalty and love. But what about cats? Might cats be easier?

I am not, personally, much of a "pet person," but many of us are. The pet-specific advisory contained in that recent blog posting by The Great Change does have something very specific to say about pets, and I'd encourage you to read it. More generally, however, the message goes way beyond cats and dogs, and other pets.
If we are serious about confronting the global warming danger that is ushering us into an epoch of mass extinctions, and that is putting the future of human civilization in deadly peril, then we really do need to be willing to make some big changes in our lives - right down to the most personal parts!
Image Credit:
https://pets.webmd.com/cats/ss/slideshow-is-my-cat-normal