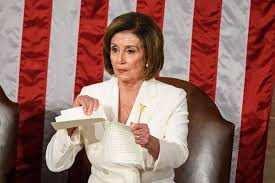 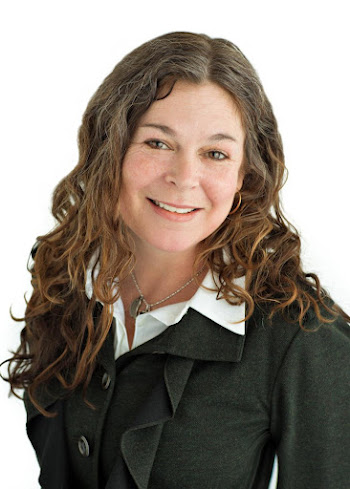 At the top, you will find a picture of Speaker of the House Nancy Pelosi. Right below Pelosi's picture, you will see a picture of Sandy Brown, a member of the Santa Cruz City Council. Brown is arguably the most "progressive" and "community-conscious" City Council Member now serving on the Santa Cruz City Council. Pelosi, of course, who represents the City and County of San Francisco in the United States Congress, is also widely regarded as a political "progressive."
I couldn't help but smile at an article in the July 31-August 1, 2021, edition of The Wall Street Journal. The article was captioned, "Infrastructure Package Must Win Approval of House Progressives." For the last several months, the Biden Administration has been engaged in negotiations in the Senate, as the Administration has tried to get the votes necessary to pass the Administration's proposed infrastructure bill. All eyes have been on the Senate, and the focus has been on how best to compromise with Republican Senators (and with Democrats Joe Manchin and Krysten Sinema, who are among the least progressive Democratic Party members of the Senate).
As of Wednesday, July 28th, good news came for the Administration. News reports seemed to indicate that a compromise had been reached, and that a very large and "bipartisan" infrastructure bill was probably going to pass the Senate. Though the bill moving forward was far less than what the Biden Administration had initially put forth, there was a big sigh of relief from the Democrats. Deal done! That was the sense of the news stories based on compromises being made in the Senate.
Move ahead to Friday, and that Wall Street Journal article informed the nation that all the compromises in the world, in the Senate, weren't going to get the Administration's infrastructure bill enacted into law. That bill was going to pass the House only if Nancy Pelosi and the House of Representatives were also willing to sign off. Whoops! Maybe those progressives had been taken for granted. Pelosi says that "she won't bring up the infrastructure package without the antipoverty bill, a stance demanded by progressives to ensure their priorities don't get brushed aside."
As I say, I had to smile.
Some weeks earlier, in the City of Santa Cruz, Council Member Sandy Brown took a rather similar stand. Putting a proposed increase in the sales tax on the next ballot, supported by six of the seven Council Members, wasn't going to go anywhere unless it got a unanimous vote at the Council. And Sandy Brown wouldn't support it! Not without provisions increasing the wages of low-income city workers. Brown had made her views known earlier, before the matter came to the Council, but her views were just ignored - both by the City Manager and by other Council Members. Whoops! Guess you need Sandy Brown's vote after all, so if you want what you want, you better give her what she has asked - better treatment of the lowest paid city workers.
Brown's determination to hold fast to her position came as a big surprise to other Council Members - at least so they indicated. "Surprise" was the tenor of the news reports, and Brown's determination to stand up for her position was attacked (and applauded) by members of the public.
I had to smile when Nancy Pelosi, generally conceded to be one of the most creative and successful political leaders in the history of the House of Representatives, pulled what I had to think of as a "Sandy Brown."
Successful and effective political leaders demand to be taken seriously, and they demand that the issues they care about get paid attention to, as the deals come down.
Congratulations to Pelosi! AND, congratulations to Sandy Brown, a local progressive political hero!
Image Credits:
(1) - https://www.straitstimes.com/world/united-states/nancy-pelosis-peril-us-house-speaker-navigates-democratic-divisions
(2) -  https://www.cityofsantacruz.com/government/city-council/councilmembers/sandy-brown