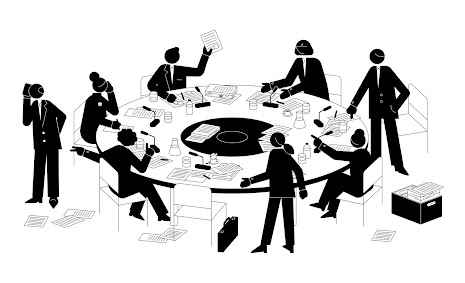 The New York Times Magazine titled its June 27, 2021, edition: "The Climate Issue." The magazine explored how best to address the global warming crisis that affects all life on this planet, and The Times summarized its findings and recommendations this way, on the very first page of its discussion:

New technology, or new laws? Preach hope, or warn about sacrifice? Punish polluters, or build green businesses? On the brink of climate catastrophe, the only reasonable answer is:

All of the above

The title on the cover of the magazine was: "The Only Solution: Try Everything."
I don't quarrel with the general sentiment expressed by The Times. I applaud the action-oriented approach suggested. I do, though, have three slight, but perhaps important, amendments to what The Times has said - and to the way that The Times has characterized our situation.
First, we are not "on the brink" of a climate catastrophe. We are "in" a climate catastrophe. Right now. Present tense, not future tense.
Second, while people have become habituated to speaking of a "climate" crisis (or climate catastrophe), focusing on "climate" is to focus on an "effect," and not to focus on the "cause." The actual crisis - in the sense of what is causing our problems - should be described as a "global warming" crisis. It might also be called a "CO2” crisis, or a "hydrocarbon combustion" crisis. The point is, our "crisis" is in our continued combustion of hydrocarbon fuels and the continuing and growing release of carbon dioxide and other greenhouse gasses to the atmosphere.
Third, while the "Try Everything" idea conveys a sense of urgency - which is certainly appropriate - there is an implication in this phrasing that suggests that any and every idea about how to deal with the global warming crisis should now be tried. I am not convinced that this is going to be helpful, since this approach will permit the oil corporations to continue to push hydrocarbon combustion while "other" possibilities are tried out, as possible solutions.
I believe that a slightly different formulation is required - with a full sense of urgency retained. Since the release of greenhouse gasses to the atmosphere is what is causing the global warming crisis - and because it is a genuine "crisis," which requires immediate and effective action - our approach should be this:

If it is technically possible to eliminate or reduce any greenhouse gas emission, then that emission MUST be  eliminated or reduced, at the very earliest moment possible.

California's current laws (arguably the best in the nation) are not built on this principle. The Global Warming Solutions Act of 2006 has been implemented by a so-called "Cap and Trade" system that sets an annual cap on emissions, and then provides that as long as that cap is achieved, industries and others that generate greenhouse gas emissions can continue to pollute. Polluters can pay money to the state, instead of actually reducing emissions.
Because there is a genuine "crisis," present tense, we need to treat that crisis as such. When a fire is burning down your house, you do everything you can to stop the flames, at the earliest possible time. Discussing long term fire management plans, and how most expeditiously to make sure fully charged fire extinguishers are going to be available in the future, are not the most important topics to pursue while the fire is raging. That needs to be our approach on global warming. If there is something - if there is anything - we can do that will reduce the emissions that are burning up our planet, we don't "try everything," we DO everything!
And we do it now!
Image Credit:
https://www.nytimes.com/2021/06/22/magazine/ezra-klein-climate-crisis.html