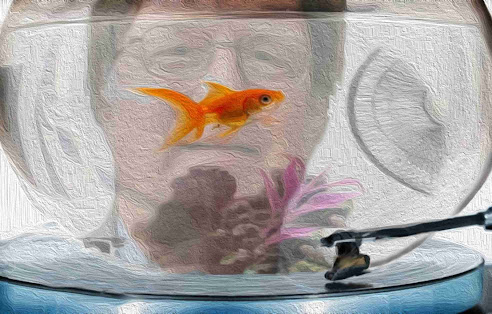 I recently read what I thought was an extremely interesting discussion about how energy is used within the biological world upon which we all ultimately depend, and how insights from a study of the natural world can give us some guidance for what we need to do in our own, human world. This discussion came in two installments, both delivered by way of a blog/website entitled, The Great Change, The World Beyond Petroleum.
The first installment of the discussion is found in the Sunday, June 6, 2021, blog posting, and is titled: "The Great Pause Week 64: New Hope Creek Journal, Part One - Wading Back in Time." This first posting tells about the academic investigations of a biologist named Charles Hall, starting when Hall was a graduate student in 1968:

In 1968, Charles Hall was trying to come up with a topic for his doctoral dissertation. "Most of us were focused on ecology with a small ‘e,’ that is, on trying to understand how nature operated. This was before the first Earth Day, and usually when you were talking up some young lady at a party you had to explain what the word ‘ecology’ meant."

In a textbook published in 2020, Hall put this period of his higher education into the 1967–71 social context:

While we were in graduate school, there was an explosion of information and predictions about the environmental problems and the degrading state of the Earth, including Paul Ehrlich’s book The Population Bomb and the original renditions of The Limits to Growth as well as general environmental concerns expressed by George Woodwell, Kenneth Watt, Garrett Hardin, and others which could not help but get the attention of graduate students in ecology.

Concepts such as “limits” and “carrying capacity” were transferred from ecology to predicting the human condition. One had the sense that ecology was going to take its rightful place among the very most important disciplines, and that systems ecology was going to be leading the effort. Along with the hippies of the time, ecology students aspired to “change the world.”

Hall knew that he wanted a stream to study, and he imagined that with time, care, and the appropriate tools, he might be able to completely inventory its energy flows, or as he later described it. “looking at nature… in its actuality and complexity and in its biotic and abiotic entirety.” He just needed a suitable test site to show it could be done. Hiking with friends back to New Hope Creek, where he undertook his dissertation research, he recorded his memories from 50 years ago:

And what you find is that during the daytime the oxygen increases due to photosynthesis. And at night, the oxygen goes down due to no photosynthesis. In the daytime the oxygen increase is a net increase, because oxygen is being simultaneously pulled down by the respiration of the ecosystem. Respiration means using oxygen to burn organic fuels. We’re respiring right now — we’re using oxygen to burn fuels from our last meal or last several meals within our bloodstream or the sugars stored in our liver or whatever. And so the whole stream too has a metabolism — we call it ecosystem metabolism. And, in New Hope Creek you have about about twice as much respiration as there is energy supplied from photosynthesis, indicating that there’s twice as much energy that is being used as produced from sunlight.

Where is that additional energy coming from? From the forest, as leaves and insects falling into the stream. As you go upstream, the proportional amount added from the forest increases…. The oxygen went up in the day because plants catch sunlight, and it went down at night. The system uses energy. Nature is a balance of taking energy from the sun and using it, and it is in rough balance.

Except New Hope Creek was not. About half the energy that was running this stream was coming from the forest, from the leaves and bugs falling in. Someone at Duke had measured them independently and this gave the same number in calories that I had figured out, from the oxygen, used above the amount produced. So we can say that the stream energy budget is subsidized by the forest (emphasis added).

What Hall discovered was that the sunlight received by ... the stream could not support the population of fish without some external subsidy. That subsidy came in the form of leaves and insects that fell from the forest. Big fish swam upstream to lay their eggs into shallow environments with concentrated energy resources and collect that subsidy, even though they had to expend energy to swim against the current. Little fish swam downstream to be in deeper, less stressful environments with easier escape from predators until they, too, made the migration.

Next week I will continue this story and show how it relates to the work we must all undertake in the years to come. For now it is enough when you are shopping for whatever it is you feel the need to shop for, you think of fish moving in a stream from pool to pool. Sunlight probably won’t be enough to pay for your shopping. You will need some insects and leaves, too (for humans it comes in the form of fossil sunlight) or you will have to cut back your shopping ... renewable energy in all its many forms is unlikely to support global civilization at its present scale (emphasis added).

The second installment, as promised, came in the Sunday, June 13, 2021, edition, titled, "The Great Pause Week 65: New Hope Creek Journal, Part Two - Shorting the Future." The discussion in this second part focused on the concept of EROI - "Energy Return On Investment."

A simple analogy to explain EROI is that if a fox spends more energy to catch rabbits than those rabbits return in calories, it will not live very long. Hall and associates showed repeatedly that once the energy return on a petroleum well, field, or province drops below some generous energy return, typically 5 to 10 barrels out for each barrel in, it will no longer be economical to get energy from that source and you can’t run a complex society on that — at least not for very long. The same goes for colonies on Mars, robot factories, unlimited prisons, Space Force, and artificial trees that suck carbon dioxide from the atmosphere to pump deep underground or into the ocean depths. The arithmetic doesn’t work. As we sift through the array of solutions being developed for the climate emergency, it is great to have EROI in our toolkit and Charles Hall still around to “talk a lot (emphasis added).

The "bottom line," if the "arithmetic" that Hall and others provide is correct, is that we are not going to be able to use advanced "technology" to solve the global warming crisis that confronts us.
As Hall's studies of the fish in New Hope Creek demonstrated, sunlight by itself was not able to provide enough energy to operate the biological economy of that river. A subsidy was needed.
Similarly, says Hall, our existing human civilization - as currently configured - cannot exist on sunlight and renewable resources alone. It, too, would need an energy "subsidy" beyond what is available from solar and other renewable resources. Currently, we are using petroleum to provide that subsidy, but we know we need to stop doing that. Our continued combustion of hydrocarbon fuels is what has caused the "climate emergency" that we now confront.
Given the realities of EROI, says Hall, we should not be searching for more high-tech ways to "subsidize" a human world that has been way overbuilt on the combustion of hydrocarbon fuels. Instead, we are going to have to redesign that human world so that we can truly live on the energy resources available from solar power, wind, and other renewable resources.
If that "arithmetic" is right, and Hall has "done the math" correctly, we have a daunting task ahead. For instance, we should be aiming not for "electric" cars, but at "no cars."
That's my own example, not an example advanced by Hall, but I think I am saying something he would say, too. Read those two articles yourself, and see what you think!
Image Credit:
https://peaksurfer.blogspot.com/2021/06/the-great-pause-week-64-new-hope-creek.html