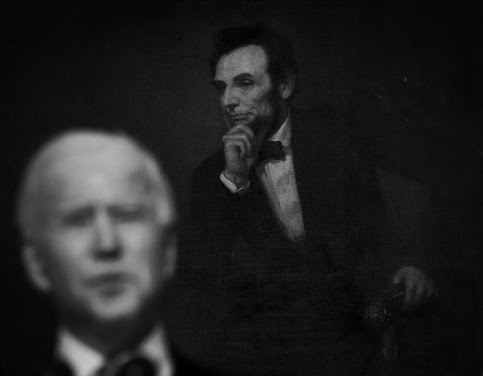 David Brooks, The New York Times' columnist, wrote on April 9, 2021, about "The American Project." In his column, Biden compared the United States, and its political system, to China and its system. Here is how Brooks began his column:

What is the quintessential American act? It is the leap of faith. The first European settlers left the comfort of their old countries and migrated to brutal conditions, convinced the future would be better on this continent. Immigrants all crossed oceans or wilderness to someplace they didn’t know, hoping that their children would someday breathe the atmosphere of prosperity and freedom.

Here we are again, one of those moments when we take a leap, a gamble, beckoned by the vision of new possibility. The early days of the Biden administration are nothing if not a daring leap.

I asked Anita Dunn, one of President Biden’s senior advisers, to reflect on the three giant proposals: Covid relief, infrastructure and the coming “family” plan. What vision binds them together? What is this thing, Bidenomics? Interestingly, she mentioned China.

This could be the Chinese century, with their dynamism and our decay. The unexpected combination of raw capitalism, authoritarianism and state direction of the economy could make China the dominant model around the globe. President Biden, Dunn said, believes that democracy needs to remind the world that it, too, can solve big problems. Democracy needs to stand up and show that we are still the future (emphasis added).

The bulk of Brooks' column is devoted to a discussion of what Brooks says is a risky but necessary decision to invest in "infrastructure" as the basis of prosperity, even though that means incurring a mammoth amount of debt. Brooks cites to Alexander Hamilton, and Abraham Lincoln, to suggest that the Biden program is a good bet:

Brian Deese, the director of Biden’s National Economic Council, said that Bidenomics has three key prongs: an effort to distribute money to those on the lower end of the income scale, an effort to use climate change as an opportunity to reinvent our energy and transportation systems, and an effort to replicate the daring of the moon shot by investing big-time in research and development.

Some people say this is like the New Deal. I’d say this is an updated, monster-size version of “the American System,” the 19th-century education and infrastructure investments inspired by Alexander Hamilton, championed by Henry Clay and then advanced by the early Republicans, like Abraham Lincoln. That was an unabashedly nationalist project, made by a youthful country, using an energetic government to secure two great goals: economic dynamism and national unity.

Bidenomics is a massive bid to promote economic dynamism. It’s not only the R&D spending and the green energy stuff; it’s also the massive investment in kids and human capital (emphasis added).

I have no problem with Brooks' focus on how the Biden Administration is proposing that money should be deployed, and the economic significance of what Brooks is calling "Bidenomics." I do, however, want to suggest that Brooks is missing something if he is suggesting that our political system (or any political system) should be judged on its economic consequences alone. That is the implication of Brooks' opening paragraphs, in which he appears to be saying that the world should properly decide between totalitarian approaches to government (as in the case of China) or democratic approaches to government (the "American System") on the basis of their economic results.
The "American System" has also been called the "American Experiment." As Abraham Lincoln put it, in The Gettysburg Address:

Four score and seven years ago our fathers brought forth on this continent, a new nation, conceived in Liberty, and dedicated to the proposition that all men are created equal.

Now we are engaged in a great civil war, testing whether that nation, or any nation so conceived and so dedicated, can long endure.

Those words are the best statement of the "American Experiment" that I can think of. The "test question," as Lincoln formulated it, was not "how much money, or 'prosperity,' does the political system produce?" The "test question" is whether a government "of the people, by the people, and for the people" can long endure.
That is still, and is always, the question that confronts our nation. That is the real test. Whether the "American System" produces equality and freedom - not its impact on prosperity - is what will decide whether or not the "American System" should be judged a success.
We would do well to focus on the test that Lincoln articulated, so movingly, at Gettysburg, and let economics take care of itself.
Image Credit:
https://www.nytimes.com/2021/04/08/opinion/biden-economic-plan.html