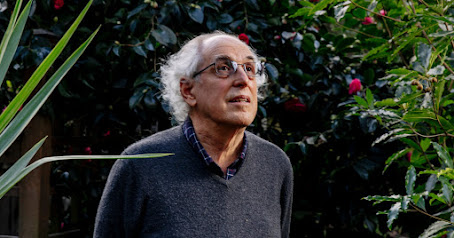 On Sunday, February 7, 2021, I read, as usual, The New York Times in the hard-copy edition that gets delivered to my door at approximately 5:00 a.m. each morning. As I read through the paper that Sunday, I noticed that two different articles, in two different sections of the paper, seemed to touch on the exact same topic, albeit in quite different ways. Let me also say that neither article acknowledged or referenced the other. Still, it struck me immediately, as I read the second article, that the phenomenon it discussed was impressively illustrated by the first.
The first article I read appeared in the "Sunday Styles" section of The Times - not a section I normally read very closely. It was headlined, "YouTuber Stirs Up French Book World." This article documented the fabulous success of a 23-year-old French woman, Léna Mahouf, a social media star known to her fans as Léna Sessions.

PARIS — Léna Situations shot to fame in France by sharing fashion advice and tips for living a positive life with millions of her followers on social media.
A 23-year-old of Algerian heritage whose real name is Léna Mahfouf, she has notched up 1.8 million followers on YouTube, another 2.9 million on Instagram, and won a People’s Choice Award, a coveted accolade for viral video stars. Last fall, her first book topped nonfiction charts in France for six weeks in a row — dislodged only by the appearance of the first volume of Barack Obama’s memoirs.

As you might imagine, and as this story reported, France's literary establishment, prone to elitism, didn't much like the idea that this young woman could suddenly become so successful, not only on social media, but in the world of literature - that she could, in other words, be taken seriously:

“147 pages of emptiness, 19.50 lost euros,” the writer Frédéric Beigbeder complained about her book “Toujours Plus” — “Always More” — in Le Figaro, a leading conservative newspaper.
“Between Being and Nothingness, Léna Situations rather leans toward the second option,” he wrote in the November column, referring to Jean-Paul Sartre’s philosophical treatise. The young author, Mr. Beigbeder wrote, was “one of the many victims of Mark Zuckerberg.”

Since I don't, in fact, usually spend much time on the " Styles Section," and since I am definitely not a YouTube habitué,  I quickly moved on to the sections of the paper with which I typically spend the most time. I enjoyed learning a bit about Léna Situations, but definitely wanted to get on to what I considered the more substantial reading for my morning.
First, I reviewed Sunday's editorial statement ("The Task Ahead for Biden on Climate"), and then read Frank Bruni's opinion column ("The Republican Perversion of 'Freedom'"). I then took time to review a long and truly interesting main feature, though billed as "Opinion" ("Lessons From An Oil Field").
Having read all these, and by now having forgotten all about Léna Situations, I came to a column by Charlie Warzel, who writes on technology issues. I almost always read Warzel's columns because of the class I teach at UCSC ("Privacy, Technology, And Freedom").
Warzel's column was titled, "The Internet Rewired Our Brains. This Man Predicted It Would." The man in question, Michael Goldhaber, with whom I was unfamiliar, is pictured above at his home in Berkeley, California. Goldhaber is a former theoretical physicist, and Warzel pronounces him "the internet prophet you've never heard of." Here, per Warzel, is a short list of things that Goldhaber saw coming: "the complete dominance of the internet, increased shamelessness in politics, terrorists co-opting social media, the rise of reality television, personal websites, oversharing, personal essay, fandoms and online influencer culture — along with the near destruction of our ability to focus."
Goldhaber's main insight was that we now live in an "attention economy," and that this "changes everything."

Most of this came to him in the mid-1980s, when Mr. Goldhaber, a former theoretical physicist, had a revelation. He was obsessed at the time with what he felt was an information glut — that there was simply more access to news, opinion and forms of entertainment than one could handle. His epiphany was this: One of the most finite resources in the world is human attention. To describe its scarcity, he latched onto what was then an obscure term, coined by a psychologist, Herbert A. Simon: “the attention economy.”
These days, the term is a catch-all for the internet and the broader landscape of information and entertainment. Advertising is part of the attention economy. So are journalism and politics and the streaming business and all the social media platforms. But for Mr. Goldhaber, the term was a bit less theoretical: Every single action we take — calling our grandparents, cleaning up the kitchen or, today, scrolling through our phones — is a transaction. We are taking what precious little attention we have and diverting it toward something. This is a zero-sum proposition.... When you pay attention to one thing, you ignore something else.
The idea changed the way he saw the entire world, and it unsettled him deeply. “I kept thinking that attention is highly desirable and that those who want it tend to want as much as they can possibly get,” Mr. Goldhaber, 78, told me over a Zoom call last month... He couldn’t shake the idea that this would cause a deepening inequality. “When you have attention, you have power, and some people will try and succeed in getting huge amounts of attention, and they would not use it in equal or positive ways.”
In 1997, Mr. Goldhaber helped popularize the term “attention economy” with an essay in Wired magazine predicting that the internet would upend the advertising industry and create a “star system” in which “whoever you are, however you express yourself, you can now have a crack at the global audience.” He outlined the demands of living in an attention economy, describing an ennui that didn’t yet exist but now feels familiar to anyone who makes a living online. “The Net also ups the ante, increasing the relentless pressure to get some fraction of this limited resource,” he wrote. “At the same time, it generates ever greater demands on each of us to pay what scarce attention we can to others (emphasis added).”

Because I pay attention to Zeynep Tufekci, who has definitely advanced the idea that our "attention" has now become a valuable commodity, these ideas were not completely new to me. As I read Warzel's column, though, I realized that Léna Situations is a perfect example of the "star system" phenomenon that Goldhaber identified. Situations is a person to whom attention is highly desirable, and who wants as much attention as she can possibly get. She is, indeed, a "star," who now does, in fact, have a global audience.
The problem that Goldhaber has been worrying about, though, is not with young women who develop a global following as they dispense beauty and style tips, or even as they challenge the French Academy with books that millions want to read. Goldhaber is worried about how this attention-seeking dynamic plays out in the world of politics and, even, science. We have recently had an example of the dangerous consequences of the "attention economy" when it begins to have political implications:

He saw Mr. Trump — and the tweets, rallies and cable news dominance that defined his presidency — as a near-perfect product of an attention economy, a truth that disturbed him greatly. Similarly, he said that the attempted Capitol insurrection in January was the result of thousands of influencers and news outlets that, in an attempt to gain fortune and fame and attention, trotted out increasingly dangerous conspiracy theories on platforms optimized to amplify outrage.
“You could just see how there were so many disparate factions of believers there,” he said, remarking on the glut of selfies and videos from QAnon supporters, militia members, Covid-19 deniers and others. “It felt like an expression of a world in which everyone is desperately seeking their own audience and fracturing reality in the process. I only see that accelerating.”
While Mr. Goldhaber said he wanted to remain hopeful, he was deeply concerned about whether the attention economy and a healthy democracy can coexist. Nuanced policy discussions, he said, will almost certainly get simplified into “meaningless slogans” in order to travel farther online, and politicians will continue to stake out more extreme positions and commandeer news cycles. He said he worried that, as with Brexit, “Rational discussion of what people stand to gain or lose from policies will be drowned out by the loudest and most ridiculous.”
Mr. Goldhaber said that looking at Mr. Trump through the lens of attention gives a deeper understanding of his appeal to supporters and, potentially, how to combat his style of politics. He said that many of the polarizing factors in the country are, in essence, attentional. Not having a college degree, he argued, means less attention from corporations or the economy at large. Living in a rural area, he suggested, means being farther from cultural centers and may result in feeling alienated by the attention that cities generate in the news and in pop culture. He said that almost by accident, Mr. Trump tapped into this frustration by at least pretending to pay attention to them. “His blatant racism and misogyny was an acknowledgment to his supporters who feel they deserve the attention and aren’t getting it because it is going to others,” he said.

Paying attention to everyone, and to everyone's needs and desires, is what a decent politics must do. When it doesn't, we now know what happens. Is there a solution?
Goldhaber's biggest worry, he told Warzel, is that "we still mostly fail to acknowledge that we live in a roaring attention economy. In other words, we tend to ignore his favorite maxim, from the writer Howard Rheingold: 'Attention is a limited resource, so pay attention to where you pay attention.'”
Where do we start, Goldhaber asks?

“It’s not a question of sitting by yourself and doing nothing, but instead asking, ‘How do you allocate the attention you have in more focused, intentional ways?’” Some of that is personal — thinking critically about who we amplify and re-evaluating our habits and hobbies. Another part is to think about attention societally. He argued that pressing problems like income and racial inequality are, in some part, issues of where we direct our attention and resources and what we value.