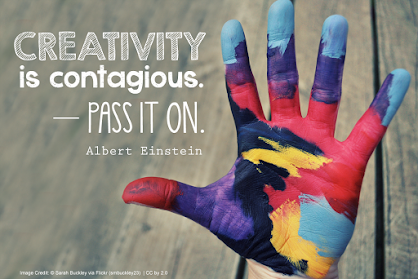 Writing in City Journal, Kay Hymonwitz tells us that "our social nature makes nearly everything—from behavior to viruses—contagious." Social change - both positive and negative - operates, she says, more or less like the coronavirus! Hymonwitz' article is titled, "The Human Network," and here is how she kicks it off:

In 2013, an article appeared in the journal Social Forces with a striking title: “Breaking Up Is Hard to Do, Unless Everyone Else Is.” The authors, social scientists Rose McDermott, James Fowler, and Nicholas Christakis, had been studying how social phenomena spread. A professor at Brown, McDermott had noticed when going through a divorce that several couples whom she knew had also announced splits. Could this be more than coincidence? The authors set out to explore that question, using a data set of 5,000 people over a period of 32 years, from the famous Framingham Heart Study.
What they found seemed implausible: divorce is, well, contagious. It had been known for a long time that divorce “runs in families”—that is, divorced men and women are more likely to have parents who divorced, too. But these new results suggested that you can “catch” divorce, almost as you would the coronavirus. As with all viruses, when someone near us sneezes or coughs, we may not see the microbes that spread the nasty pathogen, but we know that they exist. Divorce contagion can’t be explained by a microorganism, yet McDermott and her coauthors stipulate that if your close friends divorce, your own chances of divorcing go up, and not by a little: by a full 75 percent. In fact, even if friends of your friends divorce, your chances of splitting rise, though to a lesser degree (33 percent). It doesn’t matter if those friends live in another state, or even another country. In a globalized, Facebook-connected world, the divorce “bug” easily moves across oceans (emphasis added).

That book I mentioned not long ago, The Patterning Instinct, a book that George Monbiot says "is the most profound and far-reaching book I've ever read," says pretty much the same thing. While author Jeremy Lent doesn't really focus on the "contagion" metaphor, Lent joins Hymonwitz in saying that our globalized, internet-connected world now allows rapid and profound changes to occur in ways that are unprecedented in history. When I last wrote about The Patterning Instinct, posting my thoughts on February 25th, I was only halfway through Lent's book. Now, I have finished it, and I have found the following statements, which appear right near the end of the book, to provide some hope for what's ahead:

Metcalfe's law...states that the usefulness of a network grows exponentially when its connections grow arithmetically. In this way, the collective actions of small groups of individuals can potentially become a global force to countervail the massive corporate networks that currently dominate global civilization. Globalization, which is frequently decried as a force for exploitation, could thus turn out to be a boon for the human race. The global culture emerging from the internet offers humans a view of itself as an interconnected whole....

When the time comes, the transformation of global consciousness could occur at a speed that might surprise everyone... All of a sudden, the gradual shift in ideas becomes an avalanche when those who are most comfortable sticking together find themselves in a rush to join in the new way of thinking... The number of people required to create that tipping point is surprisingly small, if they're truly committed to the new paradigm. Political scientists have...discovered that no campaign failed once it achieved the active and sustained participation of jut 3.5 percent of the population. This finding gives scientific backing to the inspiring words of Margaret Mead: "Never deny the power of a small group of committed individuals to change the world. Indeed that is the only thing that ever has."

In 2010, the year I began making daily postings to this blog, I asked this question: "Are We Supersaturated Yet?" I was writing about the supersaturation phenomenon as a metaphor for the possibility of rapid social, political, and economic change. I have written about the phenomenon on other occasions, too:
The supersaturation phenomenon suggests, at least metaphorically, that what Lent says is correct. Genuine and significant change can occur much more quickly than we might guess. For those who despair that it will be possible to change our "patterns" in time to save human civilization, and to forestall the imminent mass extinction event in which we find ourselves, there is some real hope that things can (and do) change quite rapidly, when the conditions are right.
But that kind of rapid and substantial change doesn't happen automatically. As I said in a response to a comment that I received to my October 20. 2010 posting, once we have achieved a "supersaturated" state, some DISTURBANCE is required to precipitate the rapid change that defines the phenomenon.
That disturbance, precipitating out new patterns of existence, must come from us. A small number will do it... but they have to be committed.
That's the formula to change the world.
Image Credit:
https://letslassothemoon.com/creativity-is-contagious/