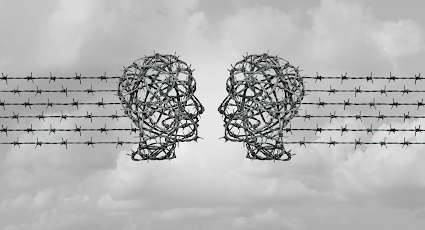 Matt Taibbi reports on finance, media, politics, and sports, and is a contributing editor at Rolling Stone Magazine. According to Wikipedia, Taibbi has acquired at least some of the "gonzo journalism" reputation of former Rolling Stone reporter Hunter S. Thompson. Gonzo journalism is a style of journalism that is "written without claims of objectivity, and that often includes the reporter as part of the story."
Currently, Taibbi writes and publishes a Substack newsletter (TK News), adopting a business model that has readers directly pay money to him, through a monthly or yearly subscription. There is a "free" version, too, but readers are definitely enticed and implored to take out a paid subscription. Both Heather Cox Richardson (Letters From An American) and Zeynep Tufekci (Insight) also use Substack to get their periodic newsletters out. On the other end of the political spectrum, Rod Dreher, who continues to write a daily column for The American Conservative, has now also joined the Substack cohort, with his daily newsletter (The Daily Dreher).
Back in early January, Taibbi's newsletter headlined a claim that "We Need a New Media System." I was surprised to find, as I began reading, that Taibbi was not urging the merits of the Substack model, which is what I first assumed. Instead, Taibbi's appeal was to "end the culture wars" in what is most often called the "Mainstream Media."
I think that Taibbi's column is worth reading in its entirety - but I will give you most of it, below. In essence, Taibbi points out that all of the mainstream media outlets, from Fox News and MSNBC to The New York Times and The Wall Street Journal, are now publishing news that is deliberately aimed at only one segment of the society, with the society divided by the media along partisan lines:

Media firms work backward. They first ask, “How does our target demographic want to understand what’s just unfolded?” Then they pick both the words and the facts they want to emphasize.

It’s why Fox News uses the term, “Pro-Trump protesters,” while New York and The Atlantic use “Insurrectionists.” It’s why conservative media today is stressing how Apple, Google, and Amazon shut down the “Free Speech” platform Parler over the weekend, while mainstream outlets are emphasizing a new round of potentially armed protests reportedly planned for January 19th or 20th.

News companies now clean world events like whalers, using every part of the animal, funneling different facts to different consumers based upon calculations about what will bring back the biggest engagement kick. The Migrant Caravan? Fox slices off comments from a Homeland Security official describing most of the border-crossers as single adults coming for “economic reasons.” The New York Times counters by running a story about how the caravan was deployed as a political issue by a Trump White House staring at poor results in midterm elections.
Repeat this info-sifting process a few billion times and this is how we became, as none other than Mitch McConnell put it last week, a country:

Drifting apart into two separate tribes, with a separate set of facts and separate realities, with nothing in common except our hostility towards each other and mistrust for the few national institutions that we all still share...

This leads to all sorts of problems, and the fact that the easiest way to keep your own demographic is to feed it negative stories about others is only the most obvious. On all sides, we now lean into inflammatory caricatures, because the financial incentives encourage it...

If you work in conservative media, you probably felt tremendous pressure all November to stay away from information suggesting Trump lost the election. If you work in the other ecosystem, you probably feel right now that even suggesting what happened last Wednesday was not a coup in the literal sense of the word (e.g. an attempt at seizing power with an actual chance of success) not only wouldn’t clear an editor, but might make you suspect in the eyes of co-workers, a potentially job-imperiling problem in this environment.

Innovations like Substack are great for opinionated individual voices like me, but what’s desperately needed is an institutional reporting mechanism that has credibility with the whole population. That means a channel that sees its mission as something separate from politics, or at least as separate from politics as possible...

Media companies need to get out of the audience-stroking business, and by extension the politics business. They’d then be more likely to be believed when making pronouncements about elections or masks or anything else, for that matter. Creating that kind of outlet also has a much better shot of restoring sanity to the country than the current strategy, which seems based on stamping out access to “wrong” information.

We are not, in fact, "two separate tribes," and there are not, in truth, "two separate realities." We are in this together, and the reality we inhabit is a common reality. And I think that properly perceiving the nature of our common reality will give us the clue on how to extricate ourselves from the situation that Taibbi describes. And let's not wait around hoping some media corporation is going to do it for us, either. As Taibbi notes, all the financial motivations operate to emphasize division, not commonality.
The only way to return to a common reality is to build into our own worldviews a recognition of the actual truth: that what we care about most, what we think is "right," is not the only view of the reality we inhabit. Knowing this, we are going to have to find some way to accommodate ourselves to the views of  those who see things differently. Constantly seeking to prove that those with whom we disagree are "wrong" won't lead to a reality that we can share together, and since we do need to live together, efforts at concession, not self-expression, need to be at the center of our politics.
Both/And politics is what we need.
And it's going to have to come from us, not from the moguls of the mainstream media!
Image Credit:
https://taibbi.substack.com/p/we-need-a-new-media-system