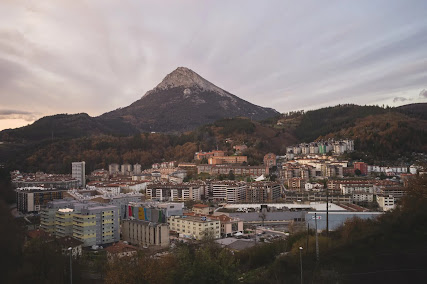 The New York Times has reported on a "softer" type of capitalism, in an article that appeared in the The Times' "Sunday Business" section on January 3, 2021. Peter Goodman's article, "The Basque Model for a Softer Capitalism," was printed right under another article, "Wall Street Eyes Billions in the Colorado."
In that latter, gut-churning article, The Times reports on efforts by huge corporations in the so-called "financial services" sector to commodify water in the Colorado River Basin, all the better to appropriate the value of that water for Wall Street billionaires. Peter Goodman, telling a different story, lets us know that "co-ops in Spain make billions while protecting workers instead of lavishing executives."
I am not sure that The Times planned it this way, but Goodman's article is nothing less than a direct challenge to the kind of economic thinking that underlies efforts to dissociate water from the land through which it flows, the better to increase the value of this water, as a "commodity," to those on Wall Street who claim to be its "owners."
Goodman lets us know about the Mondragon Corporation, located in the Basque region of Spain (see the picture, above). Mondragon cooperatives take the position that the ownership of an asset may not be dissociated from the asset itself, and from the value that the asset possesses. In other words, if a corporation is an organized effort to make money, those who do the work are the "owners," and they are the ones who get the profits. The value, and "ownership," goes with those who do the work, since it is the work that makes the value.
If you don't know about the Mondragon Corporation, just click that link. And read Goodman's article, if you can slip by the paywall.
Corporations are "people," the Supreme Court tells us, but they are not like human people. They are creatures of the law. They exist because of the laws we have written, which have brought them into being. It is possible then, using my favorite formula: "Politics > Law > Government," to redefine and recreate these monsters, and to "domesticate" them as we do so.
It's about time to do something like that, don't you think?
Image Credit:
https://www.nytimes.com/2020/12/29/business/cooperatives-basque-spain-economy.html