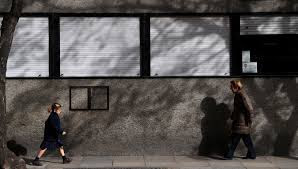 Nana Arielis, a writer and literary scholar who specializes in theoretical and practical rhetoric, has written an article in which she advocates talking to oneself (out loud) as a "technology for thinking." I am pleased to be able to pass on this link to Arielis' article, since I agree with what she is saying.
When I entered Stanford University as a first-year student - this was in 1961 - I heard rumors about an elite writing program into which a few first-year students were being enrolled. I was not one of these chosen students, and I never really knew anything at all about the program, except the name. It was called the "Voice Project."
If you are interested, you can click that link to download the full text of a study on the project. The study was published in 1967, and this is the first time, since 1961, that I have ever tried to get any actual information about the Voice Project. The website I linked summarizes the project as follows:

This experiment with 100 student volunteers was conducted within the regular freshman English program at Stanford University by a group of teachers who were themselves writers, and by an equal number of graduate students. The aims of the experiment were (1) to teach writing, not through rhetorical techniques, but through helping the student discover and develop his or her own writing "voice" and a personal or identifiable prose, whether the writing be creative or expository, (2) to involve in such teaching novelists, poets, playarights, essayists, and persons in diverse academic disciplines, (3) to work at various age levels, through involving both students and faculty in experiments in elementary and secondary schools, (4) to work with students from various social and economic backgrounds, and (5) to involve other institutions of higher education through visits, exchanges, seminars, and demonstrations.

As I say, my information about the Voice Project was simply by way of rumor among the students. I don't think I ever knew anyone, personally, who was a participant, and so I am unclear about how I derived my ideas about what was involved. I did have an idea about what was involved in the Voice Project, though, and my idea was that the "secret" to great writing (which was going to be provided to Voice Project participants by those "teachers who were themselves writers") was for the writer to listen to his or her own "voice," as writing progressed.
I will have to read the full study, I suppose, now that I have found that there is such a study, to see if this idea of mine is at all accurate. Maybe it's not, but what to I care! The idea I formed about the Voice Project when I was an undergraduate student has served me rather well. Based on whatever rumor about the Voice Project that I may have heard, I quickly decided that one could become a good writer by talking out loud to oneself, as one wrote. Is this what the Voice Project actually advocated? As I say, who knows? What I do know is that I definitely talk out loud as I write, and that this is how I have proceeded from 1961 to the present day.
I consider myself to be a pretty good writer (and other people have actually told me that, too, so that is not totally my own self-delusion). To the degree I am a good writer, I attribute my writing style and ability to doing exactly what Arielis advises is a "technology for thinking."
Good writing does, obviously, have a direct relationship to good thinking. I believe Arielis is right on the mark, and I recommend the practice!
Image Credit:
https://psyche.co/ideas/talking-out-loud-to-yourself-is-a-technology-for-thinking