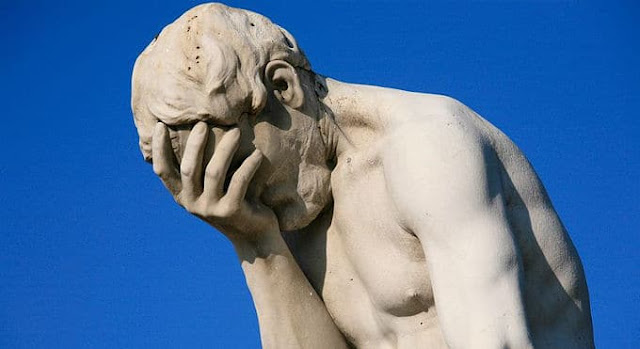 Thomas L.Friedman, New York Times pundit, suggests that feelings of "humiliation" are playing a huge role in our contemporary politics. In fact, says Friedman, the role that such feelings of humiliation play in our politics is the key to the political success of Donald J. Trump.

Friedman's column was carried in the September 9, 2020, edition of The Times. It was titled, "Who Can Win America’s Politics of Humiliation?"  I think Friedman's thesis is worth taking seriously:

It had become ... obvious to me that so much of what I’d been doing since I became a journalist in 1978 was reporting or opining about people, leaders, refugees, terrorists and nation-states acting out on their feelings of humiliation and questing for dignity — the two most powerful human emotions.

I raise this now because the success of Joe Biden’s campaign against Donald Trump may ride on his ability to speak to the sense of humiliation and quest for dignity of many Trump supporters, which Hillary Clinton failed to do.

It has been obvious ever since Trump first ran for president that many of his core supporters actually hate the people who hate Trump, more than they care about Trump or any particular action he takes, no matter how awful.

The media feed Trump’s supporters a daily diet of how outrageous this or that Trump action is — but none of it diminishes their support. Because many Trump supporters are not attracted to his policies. They’re attracted to his attitude — his willingness and evident delight in skewering the people they hate and who they feel look down on them.

Humiliation, in my view, is the most underestimated force in politics and international relations. The poverty of dignity explains so much more behavior than the poverty of money.

People will absorb hardship, hunger and pain. They will be grateful for jobs, cars and benefits. But if you make people feel humiliated, they will respond with a ferocity unlike any other emotion, or just refuse to lift a finger for you. As Nelson Mandela once observed, “There is nobody more dangerous than one who has been humiliated.

By contrast, if you show people respect, if you affirm their dignity, it is amazing what they will let you say to them or ask of them. Sometimes it just takes listening to them, but deep listening — not just waiting for them to stop talking. Because listening is the ultimate sign of respect. What you say when you listen speaks more than any words (emphasis added).

As I said in my earlier blog posting, the essential "truth" of our human situation is that each one of us, individually, is "unique and precious, defined by no category at all." Our politics must reflect this. We certainly must not allow our politics to tolerate a systematic tendency to put people in catagories that downrate their value, that humiliate them. The exact opposite, as Friedman so correctly says, is what is required.