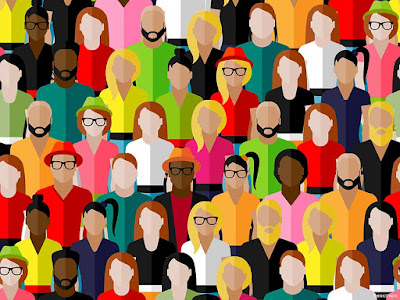 Identity politics is a term that describes a political approach wherein people of a particular religion, race, social background, class or other identifying factor form exclusive socio-political alliances, moving away from broad-based, coalitional politics to support and follow political movements that share a particular identifying quality with them. Its aim is to support and center the concerns, agendas, and projects of particular groups, in accord with specific social and political changes.

"Identity Politics," as defined above by Wikipedia, has become a political issue in and of itself. The term is often used in a pejorative sense, generally to denigrate social and political movements that are characterized as "left-wing," or "woke." The actual "identity politics" phenomenon, however, seems to work on an equal opportunity basis, across all our ideological spectra. A New York Times article published on September 7, 2020, for instance, reported on our president's pledge to eliminate racial sensitivity training, which the president identified as a manifestation of "identity politics." This kind of "identity politics," the president said, "is a sickness that cannot be allowed to continue.”

So the president may claim, but as The Times article nicely points out, even as the president was complaining about "identity politics," he was practicing it himself:

Presenting himself as a warrior against identity politics, the president has increasingly made appeals to the grievances of white supporters a centerpiece of his re-election campaign.

My personal belief is that "identity politics" is a dangerous kind of politics, from whichever "side" it's practiced, because "identity politics" assumes that political, social, racial, and economic divisions are the inevitable truth about how we must relate to one another. Since we are, as I continually point out, "in this together," a politics that is based on division, instead of a politics that tries to find ways to have us all "pull together," is ultimately self-defeating. Again, ultimately, we are in this life together, and only as we recognize this can we ever find ways to overcome the daunting challenges before us, and to realize the splendid opportunities that we can precipitate into the reality of our human world, by human action.

"Identity politics," in a more profound way, also misses the essential and existential truth about who we are, as individuals - each one of us unique and precious, defined by no category at all.

My favorite song on Bob Dylan's most recent album, Rough and Rowdy Ways, is called, "Mother of Muses." I am including a link to the music below, so those who aren't familiar with this song can hear Bob Dylan sing it. But there is one verse that I particularly like, which gives us Bob Dylan's response to our contemporary concern about "identity politics."