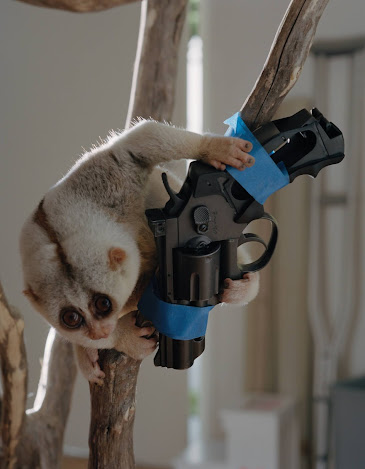 A story by David Rabe appeared in the October 12, 2020, edition of The New Yorker. Rabe is an American playwright and screenwriter, and The New Yorker suggests that Rabe's story, "Suffocation Theory," should perhaps be considered from the perspective of "nightmares in daily life."
The story Rabe tells is very strange. It does have many of the characteristics of a dream - a bad dream,  as you will immediately suppose from what I have told you already. The dream is incoherent, unpleasant; it's a nightmare. For all that, it is the kind of dream that ends up enfolding you, carrying you along, conjuring up an apparent reality from which one doesn't even try to escape, a dream that is not quite recognizable as something other than reality itself.
One of the characters in Rabe's story, who precipitates from the dreamy mists of the narrator's confusion, is Cassandra, the priestess of the Greek God Apollo. Cassandra, we are reminded, is condemned always to utter true prophecies of the future which are never to be believed.
Cassandra's prophecy, recounted below, was chilling. It stopped me in my tracks. I dropped the magazine. I don't want to believe it. I refuse.
Read the prophecy and know: it is time for us to disengage ourselves. We are little nightingales, caught in the twisted talons of a nightmare bird. We must find a way to get free. It is time to wake up!
oooOOOooo
SUFFOCATION THEORY....
Are you Cassandra? Are you really?” I wanted to hear her say it again, but I couldn’t wait for her to respond. “I like to think that people are good at heart, Cassandra.”
“We all do, but unfortunately they’re not anything at heart.” She closed her eyes and chanted, “Thus said the hawk to the nightingale with speckled neck, while he carried her high up among the clouds, gripped fast in his crooked talons, and she cried pitifully. To her, he spoke disdainfully: ‘Miserable thing, why do you cry out? One far stronger than you now holds you fast, and you must go wherever I take you, Songstress. And, if I please, I will make my meal of you, or let you go. He is a fool who tries to withstand the stronger, for he does not gain mastery and suffers pain in addition to his shame.’ So said Hesiod, the Greek, of the fast-flying hawk, the long-winged bird.”
I groped to keep my hands on her waist. “Doesn’t it make you sad?”
“That people are not good at heart? Of course it does.”
“No, no. That no one believes you.”
“It’s a curse.” Again, she closed her eyes. “We possess in full bounty all that animals need to live, any animal, all animals. Of which man is one. Except he has decided that he isn’t.”
“Because mankind has a spirit,” shouted one of the partygoers celebrating the end of everything. Amanda handed him a megaphone, as if she were dissatisfied with how loud he’d been so far.
“Mankind may or may not have a spirit,” Cassandra roared. “But, either way, our bodies are animals and that’s true of me, you, Amanda, and the hawk.”
“Oh, Cassandra,” I said. “Why are you doing this?”
“Bodies,” she sighed, and shivered. “They want things. We’re so ignorant, and we hate being ignorant, and we hate being told we are ignorant. But we hate most of all being told we are animals. Especially when we are tall men, or short men, or fat men, or balding men, or gray-haired men in suits who believe that we eat, shit, and breathe money, and so we don’t need food, water, or air.
"Here is my prophecy: Breath after breath, the air insults us by saving us, by letting us live a few seconds more. But only a few, before another breath is needed. Twenty-three thousand and forty times a day.” Her lips exhaled her vision:
“I am Cassandra and this is my prophecy. To prove that we are not animals, that we are above and superior to animals, we will destroy everything that an animal needs to live, and thus obliterate our world and ourselves.”
Image Credit:
https://www.newyorker.com/magazine/2020/10/12/suffocation-theory