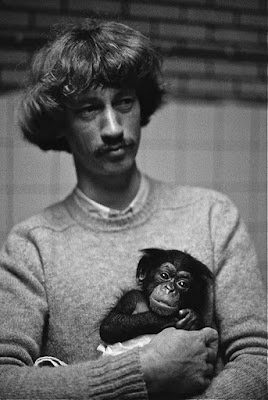 My friend Al told me something a few months ago that made an impression on me. Al lives in a two-storey house, in a very nice part of our town. The house was probably built in the late 1800's, and there is an old structure out back. That structure might have been a horse barn once. Now, Al uses it as a workshop, and for storage, and as an artist's studio, and there is a little accessory dwelling unit there, too.

At any rate (and this was quite a few years ago), Al needed to fix the sliding doors on the workshop part, since they were no longer functional. A significant amount of new carpentry was needed, and Al did the work himself. As he tore out some of the older, compromised beams, to put in new material that could properly support the doors, he found a nest of carpenter bees, which get their name from their habit of excavating holes in wood, in order to rear their young. Unfortunately for the bees, their carpentry work was counterproductive in terms of maintaining the structural integrity of the beams that were needed to support the rather heavy doors, and this refuge for the bees was eliminated.

Still, said Al, for years after he removed the nest maintained by the carpenter bees, a few scouts always showed up, right at the same time every year, looking for that old nesting spot. The bees seemed to know, somehow, generation after generation, that this was a place that might be home.

I was reminded of Al's story when I read an article on animal intelligence in the July 2020 edition of The Sun magazine. Frans deWaal is pictured above, holding a baby chimpanzee. The picture was taken when he was quite a bit younger. He is a Dutch primatologist and ethologist, and is now the Charles Howard Candler Professor of Primate Behavior in the Department of Psychology at Emory University in Atlanta, Georgia.

Note that the Department of Psychology has a professor on staff who is concerned about animal psychology; the idea is that we can learn something from the animals, and it's pretty clear, as you read the article, that the animals are learning from us, too. For instance, it turns out that chimpanzees love computers!

In the article, deWaal makes a good case that animals have both intelligence and emotions not unlike our own. "Not So Different After All," in fact, is the title of the article in The Sun. The article is the transcription of a conversation between deWaal and Mark Leviton, a frequent contributor to the magazine, who has been "binge-watching Netflix in Nevada City, California" during our coronavirus crackdown. I highly recommend the article!

As deWaal makes clear in his conversation with Leviton, bats have capabilities that far surpass our own, in terms of the kind of vision that bats routinely utilize to get around in the world and to "make a living." Other animals, elephants, for instance, also have powers that are greater than our own. What I most liked about the article, and what I think was deWaal's main point, is the idea that we need to realize that humans are in and of nature, but are not above it. That is a pretty important lesson, I think, as we face human-created global warming. Challenges from the World of Nature are coming down upon us with great speed. It is pretty clear to me that we will either make common cause with the World of Nature, or that our human civilizations won't survive.

That point is pretty much the same point I have made frequently in these blog postings. We depend, ultimately, on the World of Nature, and we need to figure this out, and seek to live in that world, with its own rules and limits, instead of believing that we can construct some human reality that can exist on its own.

As I quoted Mossy Kilcher to say, in my "She's Going To Blow" posting, we can learn to live with the natural environment. "It doesn’t have to be a big struggle.”