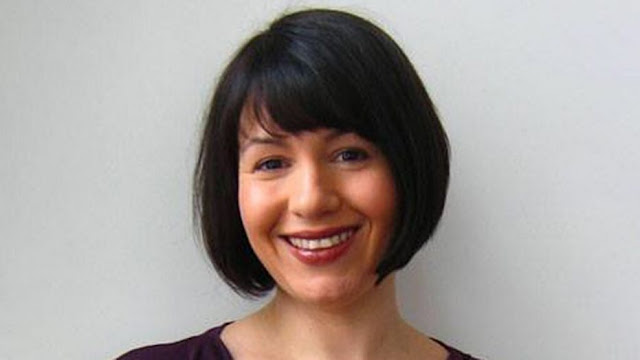 Michelle Goldberg, pictured above, writes for The New York Times. Fox News has suggested that Goldberg has "psychological problems" because of her remark that she has suffered from insomnia ever since the election of our current president.

Frankly, I think a lot of people are experiencing the same symptom that Goldberg has mentioned, and the "problem" isn't "psychological." It's a real world problem, and the cure is obvious.

Goldberg's column, published on July 31, 2020, was titled, "Lewis Believed We Would Survive Trump," Let's hope so, and let's be confident in that prediction. Many of us will sleep a lot better if we can rally ourselves to believe it.

"Confidence," actually, is the topic I'd like to address in this brief blog posting. In her column, Goldberg speculates on the possibility that I wrote about last Friday (the same day Goldberg's column appeared in The New York Times). Goldberg is worried that our current president might just "refuse to leave." Here is how Goldberg describes this insomnia-producing possibility:

If this president makes good on his threats to undermine an election he’s likely to lose, many of us will be called to pour into the streets and face the brutality of Trump’s goons. This thought makes me feel ground down and frightened, not brave and defiant. In middle age I’ve started to envy those like Lewis who are able to believe in God.

Goldberg rallies immediately, as she remembers John Lewis, and it is her observation of where "confidence" comes from that I think is the important "take away" from her column last Friday:

Something I take from reading about the lives of civil rights heroes is that confidence didn’t always precede action. Sometimes it was action’s result.

That is a lesson we can learn from John Lewis. Confidence comes from action, not observation. Thinking of ourselves as "observers," watching what is happening to us, is to place ourselves on a promenade to powerlessness.

In action, we find that we are, in fact, powerful ourselves, each and every one of us. Goldberg has her finger on an important human truth, and President Obama's eulogy for Lewis makes clear exactly how this works in real life. By taking action, in the face of danger, we find the confidence that lets us surmount all obstacles and change the world.

This is a lesson not to forget, and especially not right now. 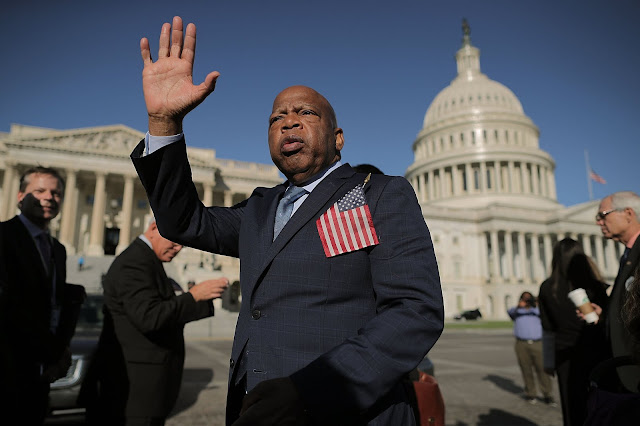