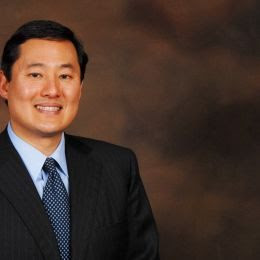 John Yoo, pictured above, is the Heller Professor of Law at the University of California at Berkeley. He is also a visiting fellow at the Hoover Institution, and a visiting scholar at the American Enterprise Institute. A former official in the Bush Justice Department, Yoo is the author of "Defender-in-Chief: Donald Trump’s Fight for Presidential Power," published by All Points Books on July 28, 2020.

The above description of Yoo is from the Fox News site where I obtained the image at the top of this blog posting. A July 25, 2020, news article that ran in the Santa Cruz Sentinel, my hometown newspaper, gave what I think is probably a more accurate description of Yoo's background and bonafides. The headline in that Associateed Press news article called Yoo "the torture memos author." Maybe you will remember that Yoo did put forth his legal theory that President Bush did notthing wrong in operating torture centers, like the one at Abu Ghraib. 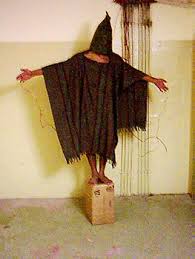 As it turns out, the United States Supreme Court did not agree wtih Yoo. However, this has not, apparently, suggested to our current president that Yoo is not the best source of advice on the scope of presidential powers. As reported in the AP news story:

President Donald Trump is relying on an outlier interpretation of a recent Supreme Court decision to assert broad new powers as he prepares to sign a series of executive orders in the coming weeks.

The expansive view of presidential authority has been promoted by John Yoo, a Berkeley Law professor known for writing the so-called “torture memos” that the George W. Bush administration used to justify using “enhanced interrogation” techniques after the Sept. 11 terror attacks.

The article I have linked is worth reading. It discusses a theory that since the Supreme Court refused to let President Trump summarily abolish the DACA program initiated by President Obama, this means that a president can do whatever he or she thinks is best, and that no subsequent president, as a practical matter, can undo those actions, even if they are unconstitutional, without going through a long and involved legal process. Thus, a president can pretty much do whatever that president wants, and no one, even including a subsequent president, will be in a position to say "no." At least, not without going through a years' long process that will depend on Congressional approval besides action by the president.

This is, indeed, an "outlier" theory. However, Yoo has officially "shared his opinion" with the White House, and it is Yoo's opinion that the recent decision on DACA, Department of Homeland Security, et al. v. Regents of the University of California, "gives Trump the power to reorient American immigration policy ... without having to reach a deal with Congress." Yoo also argues that "the same reasoning could apply in other areas, such as health care, giving Trump the ability, for instance, to stop spending federal resources to enforce an employer contraceptive mandate."

Trump officials, according to the news article, admit that they talked to Yoo, but they decline to give him much credit for what the president promises will be a host of new unilateral decision making on what will likely be the most controversial political issues confronting the country, from immigration to health care, to the use of federal quasi-military personnel to invade the states and cities without an invitation, as long as the president thinks that such storm troopers are needed to "keep the peace." 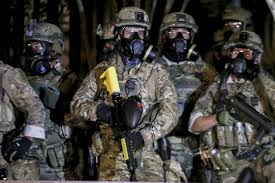 White House counsel Don McGahn was quoted as saying that he and the president, and other members of the current administration, have "long held expansive views of presidential powers." We know that's true! And let's not forget our favorite Attorney General, William Pelham Barr. Barr's whole career has been to lobby for a loosening of constraints on presidential power. No "checks and balances" for our Bill Barr!

What does this all mean for us? It means that we have a genuine constitutional crisis about to break upon our heads, as the president is claiming "expansive views of presidential power," and as our elected representatives in the United States Congress (and particularly in the Senate) are standing by and doing nothing effective to contradict him.

Congress is not really "approving" what the president does, of course. But Congress is not doing anything to stop these presidential pronouncements and actions, either. The Senate, currently under the control of the Republicans, is more to blame than the House of Representatives, under the control of the Democrats, but there is a problem when the constitutional role of the Congress is understood solely in partisan terms. That's where we have arrived, and this is more than meerly "unhealthy." It's life-threatening for our democracy.

Let's be honest about where we are, though. This problem with excessive deference to the president is not something that has occurred only in the last four years. Congress has been deferring to the president for many years, with the single most notable example occurring one week after the attacks on the Twin Towers that took place on September 11, 2001. On September 18, 2001, just one week later, Congress approved the so-called "Authorization for the Use of Military Force (AUMF)." This gives the president virtually unlimited powers to hunt down, incarcerate, or even kill anyone whom the president determines is involved in "the war of terror" allegedly being waged against the United States. Barbara Lee, the California Congresswoman, was the ONLY member of the Congress to vote "No."

If we don't want to live with the "expansive view of presidential powers" that have been asserted by recent presidents, both Republican and Democrat, "We, the people" will need to get off the sidelines, and on to the field.

Where self-government is at stake, there is no substitute to getting involved ourselves!