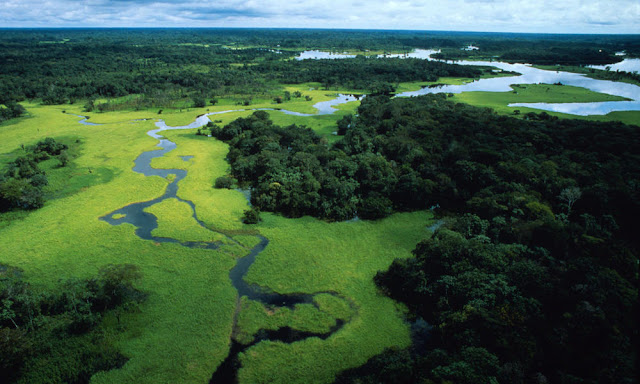 A friend sent me an email recently, saying that an article in The Economist might be worth a look and a comment. The article appeared in the magazine on July 18, 2020. It is titled, "Nature depreciation: The world’s wealth is looking increasingly unnatural."

My friend had heard about my "Two Worlds" theory, which holds that our human world, the world we most immediately inhabit, is absolutely and utterly dependent on the World of Nature, sometimes called "The World God Made."

For any readers who want a refresher course, or who are hearing about this idea for the first time, let me refer you to my blog post called, "Worldview 101."

Together with Yogi Sugiawan, formerly of Kyushu University, and Robi Kurniawan of Tohoku University, Mr Managi has calculated the future trajectory of natural capital under a variety of scenarios. In a future of continued high energy demand, carbon emissions can be expected to grow by 7% in high-income countries and by 44% in the rest of the world over the next two decades.

In such a scenario, the world will continue to grow wealthier, but natural assets will diminish rapidly as a share of its portfolio. A typical person in one of today’s high-income countries will have 21% less natural capital at their disposal in 2040 than they do today. In other, poorer countries they will have 17% less.

According to these projections, only 12 countries will increase their stock of natural capital per person over the next two decades. And in 39 countries, including resource superpowers like Brazil, Russia and Saudi Arabia, the stock will fall by over 30%. Financial capital tends to accumulate. Natural capital seems destined to do the opposite.

I think there are some problems here.

First, while the thought that human civilization will continue to double down on an energy future based on increasing carbon emissions may be "scientifically" defensible (if you believe that "science" is best exemplified by extrapolating from what exists now and projecting the current trends into the future), the formula postulated will lead to such massive disruptions of our economies that these economic projections become ludicrous. The current coronavirus pandemic is a good example of now "Nature" will overturn human economic arrangements in unpredictable ways. Floods, wildfires, the death of the oceans, crop failures, massive water shortages, and the like are all going to increase if we continue to build our economies on the combustion of hydrocarbon fuels.

Finally, The Economist is interested in life as measured in money (which, of course, is consistent with the focus and mission of the magazine). The idea being propounded is that new economic value will more and more depend on "Unnatural Capital," meaning wealth directly created by human activity. This conceptualization ignores the fact that our world, the human world, depends on the World of Nature. If we deplete our "Natural Capital," then the wealth that we produce only because of our access to such "Natural Capital" will also decline. In fact, if we don't stop destroying the World of Nature, upon which all human civilization depends, our civilization, in its entirety, is likely to disappear.


As anyone who has read this blog more than once knows, I always like to have some sort of illustration or image at the top. The Economist provided only a difficult-to-read chart, as a possible illustration for this blog posting, and so I tracked down the image above from an article on "Natural Capital" from a student blog published by the Center For Environmental Policy at Bard College. I liked the Bard article, "What is Natural Capital?," better than I liked the article in The Economist, but even the Bard article falls into what I consider to be a trap, suggesting that the Natural World can be properly categorized by monetary measurements:

The valuation of natural capital has become not only popular, but also necessary, as our world becomes more and more unstable from anthropocentric activity. The integration of natural capital into company balance sheets is an inevitable step towards valuing nature and natural processes on par with human progress and economic growth. If natural capital were incorporated into every country’s GDP and every company’s financial account, then who then would be the world leaders? I’m sure the global economic landscape would become a very different picture, and perhaps, a more stable, equitable, and beautiful one (emphasis added).


The idea expressed just above, from the Bard article, is founded on a belief that a properly structured "market" will lead to good decision making, and that such a "market," if things are just valued properly, will lead to a world worth living in.

I do not agree!

If we consider the World of Nature and "Natural Capital" only as an "input" to what we do, which is then seen as the measure of value - and I think that this is basically what both The Economist article and the Bard article are doing - then we fail to grasp our actual position in the "Two Worlds" we inhabit, simultaneously.

ALL value comes from the World of Nature. Our human world depends on it. We need to measure our actions and calibrate them to the requirements of the World of Nature. Any other course, because based on such an impaired understanding of our human situation, will lead to a catastrophe in the human world in which we most immediately live. "Market forces" won't save us, no matter how we structure the market. We need to save ourselves, and the world we have built, by refusing to do things in our world that destroy the Natural World, and the "Natural Capital" upon which all we do depends.

Like.... we need to stop burning hydrocarbon fuels. Period.