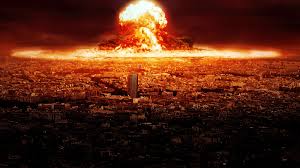 I have been reading Noam Chomsky's book, Who Rules The World? I recommend it.

If you do decide to read the book, you should be ready to grapple with Chomsky's claim that our belief in American "exceptionalism" must be revisted and recast. What is "exceptional" about the United States is that we assume that we are uniquely entitled to decide what happens, everywhere, and that any kind of torture, terror, or other action that will allow us to exercise this felt entitlement is perfectly acceptable.

Who rules the world? The United States, of course! At least, that is how we behave, even though no official representative would ever say it right out loud.

Most of us don't think very much about the likelihood that it will be nuclear war that will actually do us in, before anything else. Chomsky makes a pretty good case that this is, in fact, the most likely cause of our demise. He is not the only one, of course.

The Bulletin of the Atomic Scientists, for example, has advanced the hands on its doomsday clock, and gives us only 100 seconds until midnight, when the world ends in a nuclear holocaust.

As we are all aware (and I hope painfully aware), the only nation that has ever used atomic weapons against human targets is the United States. The bombs we dropped on Hiroshima and Nagasaki, Japan caused the deaths of about 250,000 people. We may either justify or deplore that decision, but I think most Americans would put our use of nuclear weapons in the "past tense."

Chomsky puts our use of nuclear weapons in the present tense. We have, certainly, "used" atomic weapons in the past; few would dispute that, but Chomsky goes farther. We continue to use atomic weapons against human targets, as Chomsky sees it. We are "using" right now! I think Chomsky's point deserves attention.

The Clinton era produced an important study entitled "Essentials of Post-Cold War Deterrence," issued well after the Soviet Union collapsed... That study was concerned with "the role of nuclear weapons in the post-Cold War era." A central conclusion: that the United States must maintain the right to launch a first strike, even against nonnuclear states. Furthermore, nuclear weapons must always be at the ready because they "cast a shadow over any crisis or conflict." They were, that is, constantly being used, just as you're using a gun if you aim but don't fire...while robbing a store.... (emphasis added).


Federal Budget plans contemplate spending about one trillion dollars over the next thirty years, to improve and upgrade our nation's nuclear weapons.

When the government acts, it acts for us. It acts in our name. You, and I, thus, are using nuclear weapons to bully and threaten others - not to make the world "safe for democracy," but to make it possible for corporate power to get what it wants, when it wants it, and whatever and wherever it may be.

"Using" is the right word. 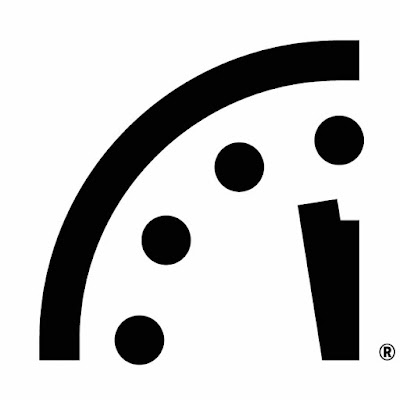