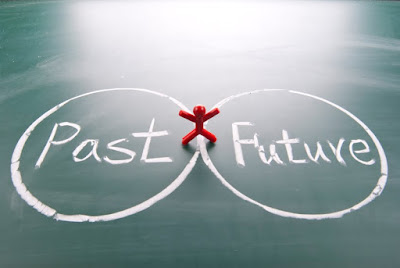 I consider the observation below, taken from Hannah Arendt's book, Between Past And Future: Six Exercises In Political Thought, to contain a profound insight into the human condition. Of course, Arendt has written a whole book on The Human Condition, which I would also call out as a "must read." Still, the particular quotation I am providing below, with Arendt discussing a parable from Franz Kafka, has always seemed to me to be a piece of wisdom that we all need to think about as we live out our individual and connected lives in the time and place in which we find ourselves:

He has two antagonists: the first presses him from behind, from the origin. The second blocks the road ahead. He gives battle to both. To be sure, the first supports him in his fight with the second, for he wants to push him forward, and in the same way the second supports him in his fight with the first, since he drives him back. But it is only theoretically so. For it is not only the two antagonists who are there, but he himself as well, and who really knows his intentions? His dream, though, is that some time in an unguarded moment - and this would require a night darker than any night has ever been yet - he will jump out of the fighting line and be promoted, on account of his experience in fighting, to the position of umpire over his antagonists in their fight with each other.

As a pure description of our human situation, this parable is accurate. We do end up "fighting" with both past and future. The momentum of the past is pushing us ahead, against our will; we do want to resist that pressure, if for no other reason that to go into the future we must leave behind a past which, however filled with pain and suffering, is what we know, and thus what we want to cling to. The future, too, is truly our "antagonist," because our fear of the unknown future does assault us as the past is moving us forward; our interaction with the future into which he have not yet arrived comes to us as a repelling dread of what may be found ahead, and our contemplation of that unknown future pushes us backwards towards our past.

As we try to find this "safe perch" above the battle, we seek to convince ourselves that becoming an "observer" is a valid and meritorious position. Instead of engaging in politics, we observe and comment. Just check your Facebook feed, if you have one of those. Lots of self-important commentary. A lot less serious political organizing. The impulse leads to the kind of "political hobbyism" I mentioned yesterday.

It is supremely attractive to be a "judge" or an "observer," but our real role, painful as it must be, is to enter into the struggles of our time. Olive Wendell Holmes, Jr., who did a lot of "judging," as a Justice of the United States Supreme Court, put it this way, in a statement that is often quoted, because it is so acutely accurate:

I think that, as life is action and passion, it is required of a man that he should share the passion and action of his time at peril of being judged not to have lived.

I frequently say that if we want to have self-government, then we need to engage, ourselves, in the political struggles that lead through law to government. Bob Dylan, in his great song, Workingman's Blues #2, put it his way:

Meet me at the bottom, don’t lag behind
Bring me my boots and shoes
You can hang back or fight your best on the front line
Sing a little bit of these workingman’s blues

A call to political action, not to political commentary, is what Bob Dylan, and Oliver Wendell Holmes, Jr., and Hannah Arendt suggest!

That is what I suggest, too! 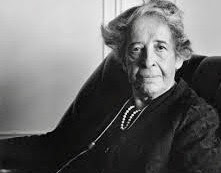 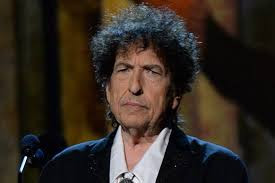 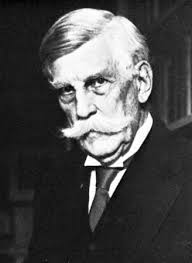