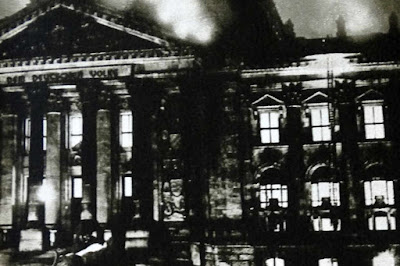 Heather Cox Richardson is an American historian and Professor of History at Boston College, where she teaches courses on the American Civil War, the Reconstruction Era, the American West, and the Plains Indians. Most recently, she has been writing a daily blog that she titles, "Letters From An American." On May 30, 2020, she had this to say:


It is too early to know what is actually happening inside the protests and riots happening in cities across the country, especially Minneapolis, after the murder of George Floyd by police officer Derek Chauvin there on Monday. That is, we know there are protests and looting and violence, but who is doing what remains unclear, and will stay unclear for a while. There are plenty of videos and tweets, but they can only give us windows into events, not a full picture.

That being said, there do seem to be some patterns emerging.

The protests began as Black Americans and allies protested Floyd’s murder, coming, as it did, after a number of similar murders—such as Breonna Taylor’s, shot in her own home during a botched police raid—that illuminated police brutality against Black Americans. Quickly, though, the protests appeared to turn into something else, as more people—possibly (and I would guess probably) from outside the cities—rushed in to create chaos.
It is not clear who these people are. This morning, Trump tweeted that the protesters at the White House were “professionally organized,” and midday, Attorney General Barr gave a hasty press conference in which he claimed that “outside radicals and agitators are exploiting the situation to pursue their own separate and violent agenda.” He said, “in many places, it appears the violence is planned, organized and driven by anarchic and left extremist groups, far-left extremist groups, using antifa-like tactics, many of whom travel from outside the state to promote the violence (emphasis added)."

When I read those words, late Saturday night (Richardson's emailed notices almost always arrive quite late in the evening), a chill passed through my body. I was remembering the "Reichstag Fire," of which BBC History Magazine gives this account:

Portrayed by Adolf Hitler's cabinet as part of a Communist plot to overthrow the state, the fire was exploited to secure President von Hindenburg's approval for an emergency decree - the Decree for the Protection of the People and the State.

Popularly known as the Reichstag Fire Decree, it suspended freedom of speech, freedom of the press and the right to assembly, and permitted the regime to arrest and incarcerate political opponents without specific charge.

The fire was blamed on 24-year-old Dutch Communist stonemason, Marinus van der Lubbe, who was arrested at the scene. But while he was initially dismissed abroad as a Nazi tool, post-war historians since the 1960s have largely judged him solely guilty – a lone arsonist exploited by Hitler.

In his book, Burning the Reichstag: An Investigation into the Third Reich’s Enduring Mystery, professor of history and former trial lawyer, Benjamin Carter Hett, argues it was the Nazis who set fire to Reichstag in order to seize dictatorial power.


Democracy is never inevitable. We must insist upon it, if we want it, even when it seems to be failing.

If we don't do that, if we don't double down on democratic self-government when we are faced with extraordinary and almost impossible challenges, if we "call in the army" to resolve conflicts and to respond to incidents that threaten to upset everything, then.....

We can say, "goodbye" to democracy and must prepare ourselves for what comes next.