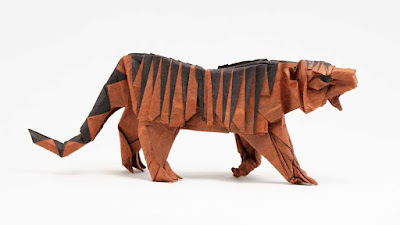 One of my favorite Bob Dylan songs is "I'll Remember You."

There are stories like that, too, stories that stick with you, even if you only read them once, and maybe even if you only encountered them a long time ago. Let me suggest that Ken Liu's story, "Paper Menagerie," is one of those stories. It was the first work of fiction to win all three of the major awards given for science fiction writing: the Hugo, the Nebula and the World Fantasy Award, and it's a perfect story to read on Mother's Day.

The purpose of this blog posting today is simply to give my readers a chance to know this story that I have never forgotten. It is, in fact, a story, about memory itself. And it is a story about the ineffable sadness and joy of the world into which we all have been so mysteriously born.

I have never forgotten Ken Liu's story, and if you take me up on my invitation to read it yourself, I bet you won't forget it either.