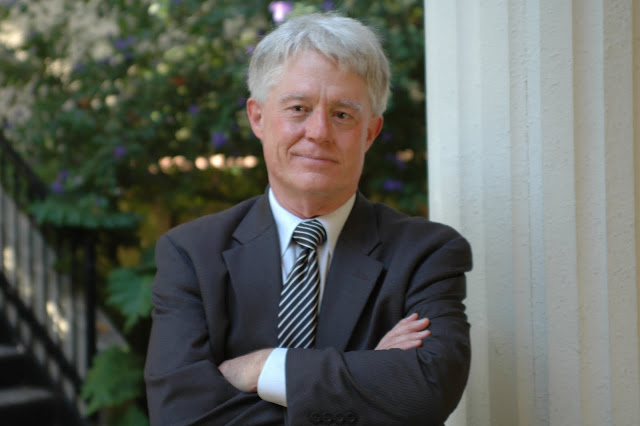 Recall elections have been qualified against two members of the Santa Cruz City Council. The recall elections are scheduled for March 3rd, but absentee voting will begin soon.

In my opinion, voters should vote "NO," and reject the recalls. Despite the claims of recall proponents, I do not actually see this recall as a response to the personal failings of the two members of the Council now facing a recall election. Personal failings there may be, of course, but this recall is not about malfeasance in office. No claims of dishonesty or illegal behavior have ever been advanced as a reason for the recalls. The recalls are not about a city version of “high crimes and misdemeanors.” The charges of misconduct made against the two Council Members now facing recall were found to be without significant substance, after an outside (and very costly) investigation.

The way I see it, this recall is about political power, and nothing else. After the last city election, in November 2018, there was an unexpected result. A so‑called “progressive” cohort of Council Members could sometimes muster four votes on the seven-member Council. This was a big change. The City Council hasn’t been progressive for years. The two City Council Members now facing recall have voted, with two others, to reverse pro-development policies that the previous Council endorsed and advanced. That, in my opinion, is the real reason for the recall, and that is why such enormous amounts of money have been contributed by development and business interests to fund the recall effort.

Here are three examples of how the last election changed the direction of the City, elevating community values over developer profits:

The previous City Council had REDUCED requirements that developers provide dedicated affordable housing when new housing developments are built. That was, of course, good for the developers, but not good for our community. Thanks to the votes of the two Council Members now facing a recall, the current City Council has reversed this policy, and has RESTORED and INCREASED AFFORDABLE HOUSING REQUIREMENTS FOR ALL NEW DEVELOPMENTS. The people funding the recall effort (and they have funded it with a LOT of money) appear to care more about developers making a profit than they do about providing more affordable housing for working families in our city. If the recall is successful, these positive changes can be reversed.

The previous City Council was trying to put high-density development along all of the City’s main transportation corridors – with particular impacts on the City’s East Side. This plan would have had very significant adverse impacts on local neighborhoods and on local small businesses. It was, for that reason, hugely unpopular. Prior to the last election, the Council then in power put that proposal on “the back burner,” planning to put it right back on the front burner when another pro-development Council was elected. The actual election results were a big surprise. Thanks to the votes of the two Council Members now facing a recall, the Council has reversed the earlier policy and has directed its staff to develop a plan that will “preserve and protect residential neighborhood areas and existing City businesses, as the City’s highest-level policy priority.” The Council has also demanded that the new plan “encourage appropriate new residential mixed-use development, specifically including enhanced affordable housing opportunities, at appropriate locations along the City’s main transportation corridors.” Once again, the two Council Members facing recall have voted for the community, not for the developers. If the recall is successful, that priority will be reversed.

A LIBRARY, NOT A PARKING GARAGE

The previous City Council was planning to build a massive parking garage on the parking lot where the Farmers’ Market is held. Such a garage, if constructed, would essentially be a subsidy to downtown developers, who would then not have to provide their own parking as they build new developments. The previous Council wanted to use bond funding approved to restore and rebuild our downtown library to help make that massive garage project economically possible. Thanks to the votes of the two Council Members facing a recall, the Council is now exploring different options. If the recall is successful, you can count on that garage/library project coming right back.

I KNOW SOMETHING ABOUT RECALL ELECTIONS
What is happening in the City of Santa Cruz today is exactly the same thing that happened in 1978, as pro‑development interests with lots of money sought to reverse a 1976 election that was very surprising to those who had been in power, and that put County Government on a new and more “progressive” course.

Santa Cruz County was then the fastest growing county in the state, and the fifth-fastest growing county in the United States. Development interests had undue influence. What the community wanted was to manage and control growth, and to protect and preserve our agricultural and natural lands, and to require developers to build affordable housing. Two other Board Members and I started making progress in that direction. That is when big money from development interests qualified a recall against the two Members of the Board who were voting with me to make those changes in land use policy. Various alleged personal failings on the part of the two supervisors were presented in the recall petitions, but the actual “political” reason that the recall effort was launched was hidden.

In 1978, the big money campaign that qualified and drove the recall elections was successful, and the two supervisors who faced recall were, in fact, recalled. One of the most pro-development Board of Supervisors in Santa Cruz County history was the result - not actually what the public wanted! I hope voters in the City of Santa Cruz won't make a similar mistake!

RECALL ELECTIONS ARE DIVISIVE
Recalls invariably lead to the kind of bitter community divisions that can endure for years, and that make even routine governmental actions difficult. Regular elections produce results that we all accept – even if we don’t like them. Recall elections don’t.

There is a lot at stake with respect to the proposed recall in the City of Santa Cruz: a consistent commitment to the production of affordable housing, for instance. Other examples include the future of the downtown library, and the continuing impacts of overdevelopment on traffic, water, local neighborhoods, and our local small businesses. Labor issues, tax and financial issues, and questions about how our city can provide compassionate and effective help to those in desperate need, are all challenges we need to work on together.

There will be another regular election in the City of Santa Cruz in November 2020. If the voters want change, that’s the time to make changes. In the meantime, let’s reject the current recall proposals. If they are successful, that will mean years of bad blood and an impaired and less effective government - plus the reversal of policies that benefit the community and our desire to protect and preserve local neighborhoods, and to provide affordable housing.

Voters in the City of Santa Cruz should vote “NO” on the two recalls that will be on the March 2020 ballot.