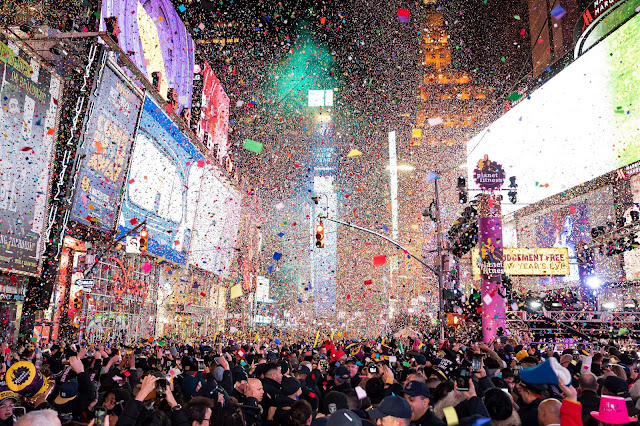 We have just said "goodbye" to January, the month of new opportunity and new resolutions. Here, however, is one more reference to the kind of New Year's predictions that are so common right after the calendar flips to a new number.


On January 3rd, New York Times' columnist and commentator David Brooks advanced what he and the paper called, "A Ridiculously Optimistic History of the Next Decade: A Fantasy of What Could Come True."


As a "history," written in advance of the facts upon which any genuine history must be based, it is clear that the predictive value of what Brooks has advanced is tenuous in the extreme. Among other things, he predicts that "during the 2020s, the New York Mets won the World Series every single year." I am not very well-informed about major league baseball, but that prediction strikes me as highly implausible, and well beyond any realistic hope. Tell me, sports fans, am I right?


Here is one thing in Brooks' column of predictions that I think deserves some reflection. I am talking about his predicted rise of "Accountability Clubs":

The major events of the decade were cultural, not political. The Trump era had witnessed a crisis of connection at the bottom of society and a crisis of authority at the top. Social repair was the top order of the day once a new president took office.

The first whiff of the cultural restoration was the “Accountability Clubs” that spread across the nation’s campuses. College students realized that America stinks at accountability. Either there is no accountability (Wall Street after the financial crisis) or people have their lives destroyed for a “problematic” tweet.

The Accountability Clubs bore the motto “Truth and Mercy.” Students wanted to restore a culture in which facts mattered. They were also searching for a way to judge others in a graduated and humane manner, allowing for repentance, forgiveness and restoration. Marshall McLuhan once remarked that “moral indignation is a technique used to endow an idiot with dignity.” Suddenly indignation, the keystone emotion of the Trump years, was lame. Empathy made a comeback.

I am all for "accountability." I agree with Brooks that "America stinks at accountability." However, I am cautious about the idea that college students should start forming "Accountability Clubs" as a way to deal with the identified problem.

Demanding "accountability" from others cedes to them a power and authority that many "leaders" should not be granted. The way I read Brooks' suggestion, he thinks that we should be petitioning those with power to be more accountable.

I say, let's seize power ourselves!