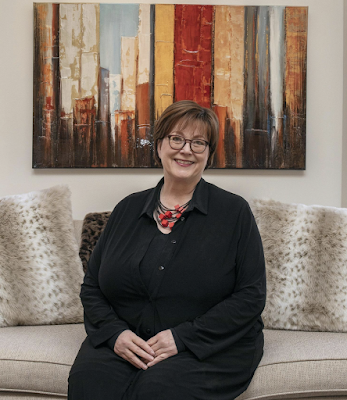 The 2020 Iowa Democratic Party caucuses will be held on next Monday, February 3rd. Those who have been following the various Democratic Party Presidential Debates might well wonder what Iowa voters are going to do.

I, for one, am wondering whether those "I am one of you" pitches, coming from Amy Klobuchar and former Mayor Pete Buttigieg, will prove to be effective in melting the hearts of Iowa voters. And what about former Vice President Biden? As a revered elder of the party, will Biden get support in Iowa based on his long years of service? It is going to be interesting to find out.

There is also, of course, that "socialist" candidate, Bernie Sanders. Will the "socialist" label be a turn-off, or a turn-on? And what about that progressive female candidate in the race, Elizabeth Warren? She is no "socialist," but her program, and Sanders' program, seem to overlap quite a bit. Warren is the candidate with a plan for every problem, and she is a candidate who has been taking thousands of "selfie" photos with Iowa voters. How is Elizabeth Warren going to do?

Finally, though he is not currently ranked among the top five, nationally, maybe the Iowa caucuses will provide us with some surprises, as Iowa voters decide whether or not they really like Andrew Yang.

Given all the uncertainty, what do the polls say about the likely results of the upcoming Iowa caucuses? According to an article in a recent edition of The Wall Street Journal, the only poll that counts is the poll carried out by J. Ann Selzer, the woman pictured above. If you can slip around The Wall Street Journal paywall, the article is worth reading. Here is one brief comment from the article that includes an observation that I think should be highlighted:

The polling website FiveThirtyEight has dubbed [Selzer] the “best pollster in politics” and awarded her an A+ rating for accuracy. Her methodology anticipates the future by refusing to make assumptions based on the past.

Many think that the most straightforward way to find out what the voters think is a process that simply lets voters cast a vote for their preferred candidate, after which those votes are all tallied up and the results published. The caucus process utilized in Iowa, though, is more or less the antithesis of straightforward, and saying that it is "weird" is not an understatement. Given this weirdness, it seems likely that the unexpected might well be expected after those caucuses meet next Monday.

Selzer, I gather, has figured this out. A methodology that "anticipates the future by refusing to make assumptions based on the past" recognizes the most important thing about our political life.

We are, each one of us, free at all times (and when we vote) to do something unexpected, something "new." Nothing done in the past can provide an accurate basis for knowing what will happen tomorrow.

Predictions are interesting, just like gossip is interesting, but they are not a truly effective way to find out about the future. We find out about the future by either waiting around, with our eyes open, so we can observe what has happened after it has happened. Or, we can take that more "proactive" approach, which I have talked about previously:

The best way to predict the future is to create it.

As an observer, I will be extremely interested to find out which candidate has created what kind of a future. We will know that when all those caucus results are in!