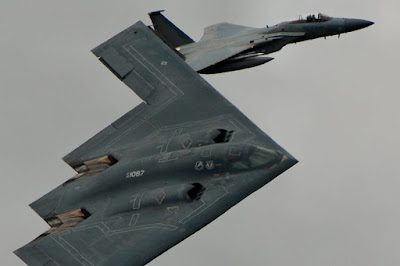 "Happy New Year!" That phrase will soon be peppering our emails, social media postings, and even handwritten notes (for those who still employ the U.S. Postal Service to communicate). I feel certain that you will read exactly that sentiment on a soon-to-appear edition of this blog.

Firing off such a New Year's greeting is certainly appropriate. As I say, I am planning to send such a message, myself. In a more profound way, however, I think we all, as citizens, should be thinking about exactly what sort of message we would like to transmit to the world, on behalf of the United States, as we look to the year ahead.

On Monday, December 2, 2019, I read an article in The New York Times about a drone killing in Afghanistan. One of the civilian victims of our drone strike was a woman who had just given birth at a hospital. She was on her way home. Hey, Congratulations!!! Happy New Year to the little child who escaped death. That's the great news that was featured in the article. The mother died, but the child was saved. Of course, that child will now grow up, from day one, without a mother, but at least that child is alive! Let's rejoice!!

Seriously, this seems to have been the implicit message of that news article. What kind of message is that?

William Astore, a retired Lieutenant General in the United States Air Force, has written a piece worth thinking about, as we enter the New Year. He titled it, "American Exceptionalism Is Making Earth Uninhabitable." That's where I got the picture, above.

Astore's point is not only that the unending military adventures of the United States are wreaking physical damage to the planet (though they are, and he points this out as his very first observation). But even more important than that, I think, is what Astore says right after mentioning the physical damage that our military is doing:

In waging endless war, Americans are ... mutinying against the planet. In the process, we are spoiling the last, best hope of earth: a concerted and pacific effort to meet the shared challenges of a rapidly warming and changing planet.

Astore is correct that our last, best hope is to help inspire and to work in a concerted and pacific effort to meet the challenge of global warming. Everyone on Earth needs to be involved. If we are killing mothers who just gave birth, and then expressing happiness that the mother's child was saved, the message we are sending is not good.

Sending more planes and drones, more arms and men, and continuing to kill, is more than counterproductive. Our nation - and believe me, we are all implicated, our government represents us - is converting the only dream that can save us into a vanishing hope. That is what I got from Astore's article.

Only if we use this year, upcoming, to transform this nation at its heart. No more "exceptionalism," that thinks not only that we are "different," but that thinks we are "better."

The Fate of all the peoples of the Earth hangs in the balance, and we need to act on the basis of what we actually know to be true: we are in this life together, all of us.

What should be our New Year message?

Can I suggest that we insist on Peace!