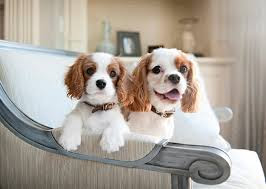 Eric Bohlert is a progressive political writer, and is the author of Lapdogs: How the Press Rolled Over for Bush. Bohlert has also written Bloggers on the Bus, about the role that blogging plays in contemporary politics.

In a recent piece published on the AlterNet website, Bohlert asks this question: "Why is the media so obsessed with what Wall Street and billionaires think of Elizabeth Warren?" Good question. Bohlert points to a host of examples that demonstrate that the news media seems never to tire of talking about what Wall Street and the financial community think about Warren's presidential campaign:

Yet again and again, journalists push the premise that it’s a big problem that Wall Street isn’t supporting a prominent Democrat this election. For instance, the Times recently interviewed “more than two dozen hedge-fund managers, private-equity and bank officials, analysts and lobbyists” to find out what they thought, and feared, about Warren’s campaign. CNBC also checked in with “hedge fund managers and private equity executives” to chronicle their Warren complaints. And I’m just wondering: On paper, is it possible to find a coalition of voters less likely to support a Democrat than hedge-fund managers, private-equity and bank officials, analysts and lobbyists? I seriously doubt it. That’s like doing a news report on how college history professors aren’t supporting Trump in 2020. Yes, and … ?

The never-ending emphasis sends a clear message that the votes and donations of Wall Street bankers and billionaires matter more than other people’s. But they don’t.

The votes and donations of Wall Street bankers and billionaires do NOT matter more than our votes and donations, but the fact is, it is not only the "mainstream media" that thinks that bankers and billionaires are more important than we are. All of us, to some degree or another, do give credence to the idea that those with more money matter more. And, of course, there is a reason for that. "Money talks." And money not only "talks," it buys things.

The only antidote to the oligarchy that is threatening completely to capture our politics is the active and engaged participation in politics by "ordinary people." That means you and me.

The press may be like "lapdogs," rolling over for money. We don't have to do that.