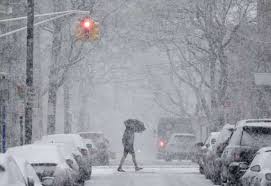 I enjoyed Paul Krugman's column in yesterday's New York Times. The purpose of my blog posting, today, is mainly to quote it:

Warren is ... a big believer in stricter financial regulation; the Consumer Financial Protection Bureau, which was highly effective until the Trump administration set about gutting it, was her brainchild.

So if you are a Wall Street billionaire, rational self-interest might well induce you to oppose Warren. Rationality does not, however, explain why a money manager like Leon Cooperman — who just two years ago settled a suit over insider trading for $5 million, although without admitting wrongdoing — would circulate an embarrassing, self-pitying open letter denouncing Warren for her failure to appreciate all the wonderful things billionaires like him do for society.

Nor does it explain why Cliff Asness, another money manager, would fly into a rage at Warren adviser Gabriel Zucman for using the term “revenue maximizing” — a standard piece of economic jargon — describing it as “disgustingly immoral.”

The real tell here, I think, is that much of the Wall Street vitriol now being directed at Warren was previously directed at, of all people, President Barack Obama. Objectively, Obama treated Wall Street with kid gloves. In the aftermath of a devastating financial crisis, his administration bailed out collapsing institutions on favorable terms. He and Democrats in Congress did impose some new regulations, but they were very mild compared with the regulations put in place after the banking crisis of the 1930s.

He did, however, refer on a few occasions to “fat cat” bankers and suggested that financial-industry excesses were responsible for the 2008 crisis because, well, they were. ... The result, quite early in his administration, was that Wall Street became consumed with “Obama rage.” ...

It’s not surprising that Warren is getting very little money from the financial sector. It is, however, surprising that the top recipient isn’t Joe Biden but Pete Buttigieg, who’s running a fairly distant fourth in the polls. Is Biden suffering from the lingering effects of that old-time Obama rage? In any case, the point is that Wall Street billionaires, even more than billionaires in general, seem to be snowflakes, emotionally unable to handle criticism.

I’m not sure why that should be the case, but it may be that in their hearts they suspect that the critics have a point. What, after all, does modern finance actually do for the economy? Unlike the robber barons of yore, today’s Wall Street tycoons don’t build anything tangible. They don’t even direct money to the people who actually are building the industries of the future. The vast expansion of credit in America after around 1980 basically involved a surge in consumer debt rather than new money for business investment.

Moreover, there is growing evidence that when the financial sector gets too big it actually acts as a drag on the economy — and America is well past that point. ...

Human nature being what it is, people who secretly wonder whether they really deserve their wealth get especially angry when others express these doubts publicly. So it’s not surprising that people who couldn’t handle Obama’s mild, polite criticism are completely losing it over Warren (emphasis added).

According to Wikipedia, "snowflakes" are persons who have "an inflated sense of uniqueness, an unwarranted sense of entitlement, or are overly-emotional, easily offended, and unable to deal with opposing opinions."

The "financial wizards" who comprise a big share of the "billionaire class," have every right to be defensive about their role in society. Undeserved entitlement about sums it up. Krugman hits the nail on the head!

"Here's the deal, though" (to quote Joe Biden), Wall Street "snowflakes" don't just melt away. They are snug and safe, warned and protected. But protected themselves, they have frozen out most of the ordinary men and women struggling to survive in the gale winds of an ever more predatory economy.

So, who does the billionaire class hate the most? Maybe it is, as Krugman says, Elizabeth Warren. But how about Bernie Sanders? He's the one who first "outed" that billionaire class and denounced them for what they really are.