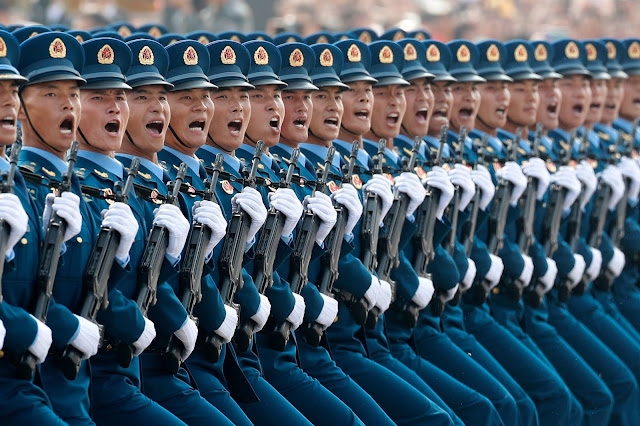 On Saturday, October 12, 2019, I found that China was in the news. The picture above, from a New York Times article titled, "One Country, No Arguments," made clear how successful China has been in propagandizing its own population. It's an article worth reading.

You might also like to read an article in the edition of The Wall Street Journal that showed up on my front lawn on that Saturday, along with my New York Times. The Journal's article is titled, "America Is Losing the Chinese Shopper." The picture below illustrates the article. The point of the article is that Chinese consumers have now become patriotic when it comes to purchasing. One can't help but believe that propaganda has played its part in that! Popular American brands are losing out, and Chinese shoppers (like Chinese army cadets) are getting into line and getting with the program.

If you are in business, what is happening in the Chinese consumer market might worry you. It has clearly worried Apple, which has eliminated a mapping application, formerly available on iPhones, that was being used by Hong Kong protesters to alert themselves to where they might encounter the police. The Chinese government said to Apple, "don't do that," and Apple kissed the ring. There was a lot of economic leverage going on!

And how about the NBA - the National Basketball Association? Also in my newspaper on that Saturday was an article about Steve Kerr, the coach of the Warriors. Kerr has refused to be drawn into a dispute in which the Chinese government has threatened to cut the NBA out of the Chinese market (which is a big market, of course) if any NBA player, coach, or franchise owner dares to criticize the Chinese government over its treatment of Hong Kong protesters. As already noted in an earlier blog post, the NBA has yet not kissed China's ring (nor has it kissed anything else, at least so far). Some sportswriters, though, are predicting that this might not last, and that the League will hew to the requirements of the Chinese government. There is so much money involved; that counts for a lot (and maybe for everything)! 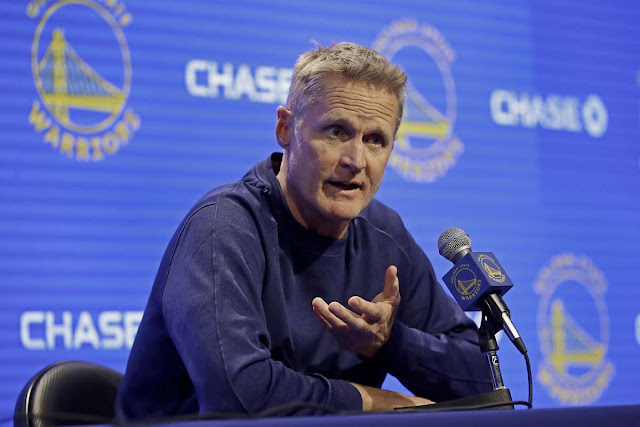 Nationalism (sometimes called patriotism) is like a virus. It can spread, and we are not immune. In fact, the United States is infected, too. It's not just China.

But the right freely to express oneself, in both public and private settings, is still cherished here, and the right of free expression is one of the main things that the Hong Kong protesters are trying to protect.

Free expression is like a political immune system; it helps protect us against a deadly political disease.

Let's not forget it. Speak out!