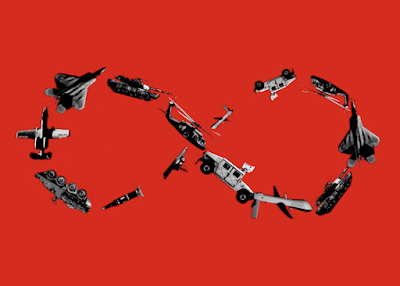 Stephen Wertheim, who is a research scholar at the Saltzman Institute of War and Peace Studies at Columbia University, thinks that there is a way for the United States to bring an end to the "endless wars" in which it is currently engaged.

Here is the secret, as revealed in Wertheim's September 14, 2019, Op-Ed in The New York Times:

America has to give up its pursuit of global dominance.

That seems so simple! Somehow, however, as Wertheim points out, it seems to be easier to say this than to do this:

“We have got to put an end to endless war,” declared Mayor Pete Buttigieg of South Bend, Ind., during the Democratic presidential primary debate on Thursday. It was a surefire applause line: Many people consider “endless war” to be the central problem for American foreign policy.

Even President Trump, the target of Mr. Buttigieg’s attack, seems to agree. “Great nations do not fight endless wars,” he announced in his latest State of the Union.

But vowing to end America’s interminable military adventures doesn’t make it so. Four years ago, President Barack Obama denounced “the idea of endless war” even as he announced that ground troops would remain in Afghanistan. In his last year in office, the United States dropped an estimated 26,172 bombs on seven countries.

Wertheim suggests that the United States needs to reprioritize its expenditures: "Rather than chase an illusory dominance, the United States should pursue the safety and welfare of its people while respecting the rights and dignity of all." This is, in fact, a kind of "America First" strategy, exactly what our current president was promoting during his successful 2016 campaign for the presidency. "Shrinking the military’s footprint," says Wertheim, "will deprive presidents of the temptation to answer every problem with a military solution."

Can our national politics produce real change? Could we actually direct our expenditures to making the safety and welfare of the American people our first priority - and ignore the appealing (but obviously erroneous) idea that global military dominance will bring peace? Since our current formula clearly hasn't worked, I would like to hope we could learn from experience. That is what Wertheim hopes, too!

To make the change we need to make, it would be wise to remember that "First Rule of Holes." 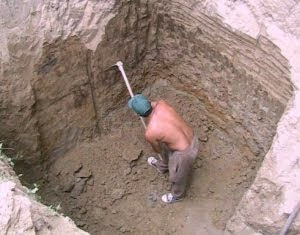 The "First Rule of Holes" is this: If you want to get out of a hole, the first thing to do is to stop digging.