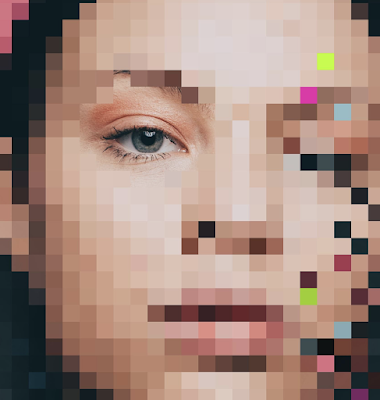 In an article published in its September 14-15, 2019 edition, The Wall Street Journal asks this question: "Will Your UIploaded Mind Still Be You?"

Michael S.A. Graziano, a professor of psychology at Princeton University, starts out the discussion this way:

Imagine a future in which a machine can scan your brain and migrate the essentials of your mind to a computer. It’s called mind uploading—preserving a person’s consciousness in a digital afterlife. As a neuroscientist, I’m convinced that mind uploading will happen someday. There are no laws of physics that stand in the way. It depends, however, on technology that has not yet been invented, so nobody knows when mind uploading might become available.


Graziano goes on to explain the technology involved, and outlines why it seems likely that it will be possible, at some time in the future, to replicate the connections inside the human brain within a cloud-based computer. The most interesting part of the article, however, isn't about the "technology." It's about that question posed in the title, would such a replicated mind still be "you?"


Graziano says that it "would" be you, but also notes that the "mind" created by copying over the connections in your brain to a computer would, in effect, create a "you" that is independent of "you," so these two versions of "you" could thereafter diverge in their activities.

Philosophically, what is the relationship between sim-me and bio-me? One way to understand it is through geometry. Imagine that my life is like the rising stalk of the letter Y. I was born at the base, and as I grew up, my mind was shaped and changed along a trajectory. One day, I have my mind uploaded. At that moment, the Y branches. There are now two trajectories, each one convinced that it’s the real me. Let’s say the left branch is the sim-me and the right branch is the bio-me. The two branches proceed along different life paths, with different accumulating experiences. The right-hand branch will inevitably die. The left-hand branch can live indefinitely, and in it, the stalk of the Y will also live on as memories and experiences.

Have I really achieved digital immortality? The heart of the problem lies in that word, “really.” Neither one of us is the “real” me. We form an extended, branching geometry. That geometry might not stop at two branches, either. One could imagine a much more twiggy tree that is still, collectively, “me.” The idea of the individual would need to be revised or thrown out entirely ...

Technologically, there is nothing to stop sim-me from connecting to the real world, calling or Skyping, keeping up to date on the latest news, day-trading or remote-conferencing. Sim-me may live in sim-Manhattan with other uploaded minds, but with my personality and memories, he will love my family just as I do and will want to interact with them. Sim-me will have the same political views and want to vote; he will have the same intellectual interests and want to return to the job he remembers and still loves. He’ll want to be part of the world.

And what would stop him? He may live in the cloud, with a simulated instead of a physical body, but his leverage on the real world would be as good as anyone else’s. We already live in a world where almost everything we do flows through cyberspace. We keep up with friends and family through text and Twitter, Facebook and Skype. We keep informed about the world through social media and internet news. Even our jobs, some of them at least, increasingly exist in an electronic space. As a university professor, for example, everything I do, including teaching lecture courses, writing articles and mentoring young scientists, could be done remotely, without my physical presence in a room.

The same could be said of many other jobs—librarian, CEO, novelist, artist, architect, member of Congress, President. So a digital afterlife, it seems to me, wouldn’t become a separate place, utopian or otherwise. Instead, it would become merely another sector of the world, inhabited by an ever-growing population of citizens just as professionally, socially and economically connected to social media as anyone else.


Biological people would become a larval stage of human.

Graziano is suggesting that the "real" you will ultimately be the "sim-you." Your biological existence, the way he sees it, turns out to be nothing more than an early stage of growth, a "larval" form of the "butterfly" that will emerge from the chrysallis of your biological life. Obviously, because the "sim-you" will live forever (at least as long as the computers keep getting energy from somewhere), that simulated existence will be then be telling the story, since the "sim-you" will outlast the "bio-you."

"History," it has been said, "is written by the victors." This observation may, or may not, have been original with Winston Churchill, but there seems little doubt that the "sim-you," since it will outlast the "bio-you," will value its own existence more than it values the biological existence upon which it once depended. This doesn't strike me as a good thing.

In fact, what strikes me about this whole idea is how this concept suggests that our own, human creations are to be valued more than the mysterious "biological" creations that we actually "are." We live "ultimately," in a World of Nature, and we did not create that world. Our presence here is mysterious in the extreme. Theological and religious thought has, from as far back as we can know, suggested that there is a "Creator" of some kind, personal or impersonal, who/that is responsible for our existence.

Our impulse is to deny our dependence, and to believe that we can be responsible, ourselves, for our own existence. This is a major error, and our failure and refusal to live within the constraints of the World of Nature may soon lead to the end of our own, human world, the world that we create. This is really what human-generated global warming portends.

James Sanders, who taught Old Testament at Union Theological Seminary when I was a student there, told his classes that any effort by humans to replace the Creator by themselves was the very definition of "sin," and for those who know their New Testament, the "wages of sin is death."

Trying to mix religion and politics is not, in my opinion, a good idea, but I would like to suggest that our human efforts to surmount and escape our biologic existence (call it "sin" or not), is the wrong way to understand the nature of our human life. We live in "two worlds," simultaneously, and we need to realize that the human world that we create (the "political world," as I denominate it) is totally, and utterly dependent on the World of Nature, which can be called the "World that God created," for those willing to listen to religious language.

A failure to understand our dependence on "the natural environment," to use language more generally accepted, is to ensure our doom.