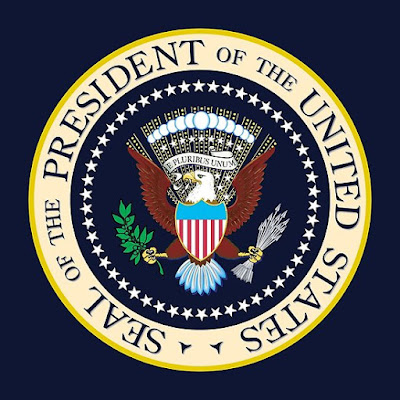 The President of the United States can do pretty much anything that the president wants to do. That, at least, is what the current incumbent thinks!

As an example, President Trump said about a month ago that he thought that the rich needed another tax cut, and that by tying taxes on capital gains to inflation, he could make sure they got one. You may be able to slip by the paywall established by The New York Times, and read The Times' August 21, 2019, news story right here.  A brief quote gets to the heart of the matter:

“We’ve been talking about indexing for a long time,” Mr. Trump said. “And many people like indexing; it can be done directly by me.”

This statement might come as something of a shock to anyone who has been reading the Constitution, instead of the president's Twitter feed.

All legislative Powers herein granted shall be vested in a Congress of the United States, which shall consist of a Senate and House of Representatives.

"All legislative powers...." is pretty much the opposite of "directly by me."

Our system of government is premised on the idea that we are governed by elected members of Congress, directly accountable to the people on a local level. In other words, we don't have an "Executive Authority" approach to government, or even a "national" approach to government. Even Kings and Queens don't get that kind of "directly by me" deference any more (though Kings did have that kind of authority way back when, in 1776, when our nation was founded in an explicit effort to rid the world of such arbitrary government).

I believe that it is important to pay atttention to assertions of authority by the president, because we all have a good deal of government fatigue, and the Congress has, unfortunately, helped stimulate the governmental fantasy promulgated by our current president. The Congress has done this, on numerous occasions, by delegating the fundamental powers of Congress to our Chief Executive. The Courts have said, by and large, that if the Congress does delegate its powers to the president, the president can act directly, just as President Trump asserts.

Going to war is a great example. The power to declare war is explicitly reserved to Congress in the Constitution, but it is obvious that the Congress doesn't actually want that responsibility. That lets our president issue threats to bring down fire and fury on whatever nations he might wish to berate and intimidate. Those threats have some credibility, too, given the willingness of Congress to abdicate its governmental role, all the better to avoid some difficult decision-making.

If the people of the United States return to the presidency a person who says that the president operates on a "directly by me" basis, and is bound by no requirement that our elected representatives have to provide the direction which the president is then supposed to execute, we will, in effect, be signing off on the "directly be me" approach.

I am suggesting that this is a VERY dangerous proposition.