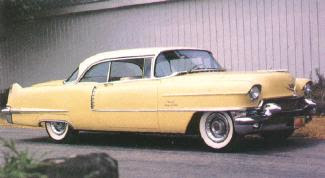 In late August, 2019, The New York Times ran an article on the front page of its business section: "Cadillac's Last Stand?"

As the first line of the article said, "Few American brand names have ever achieved the stature of Cadillac, which was once so closely identified with excellence and status that it became shorthand for anything that was top of the line."

Bob Dylan fans will undoubtedly remember his validation of this observation in "Talkin' World War III Blues," which was copyrighted in 1963:

Well, I seen a Cadillac window uptown
And there was nobody aroun’
I got into the driver’s seat
And I drove down 42nd Street
In my Cadillac. Good car to drive after a war

Like Dylan says, a Cadillac was "a good car to drive." That was true "after a war," and maybe pretty much anytime! A Cadillac, in fact, was probably better than "good."  I think that The Times is right about the meaning of that Cadillac name. In the late 1950s and early 1960s, after the end of World War II, and as we were waiting around for World War III, almost everyone would have said that a Cadillac was the best car to drive!

The picture above is of a 1956 Cadillac Coupe Deville. As it happens, that is the car in which I learned to drive. I think that was in 1958, when I would have been fifteen. The picture above, please understand, is not a picture of the exact car that I drove back then (at least I doubt it). But the car I drove looked just like that - gold, and before the fins got too big. That Cadillac was my Dad's car, and I got to drive it at Stanford University (without benefit of a driver's license) at a time when the roadways there were almost deserted, in keeping with a place that everyone called, "The Farm."

My father always aimed at excellence, and when he was able to purchase a Cadillac, it was a way to demonstrate that he had achieved it. Today is his birthday (though he is not around to celebrate it with me and my siblings in person). That's him, below, when he was a Western Union messenger boy in San Francisco, and probably not much older than fifteen himself. I'd like to get back to that idea that a young kid from a little town in Idaho, with only a high-school education, could become successful, and ultimately drive a Cadillac, showing himself and the world that he had, through hard work and talent, achieved the very definition of excellence.

That "American Dream" might need to be redefined today (big cars just aren't the answer in a time of global warming), but hard work and talent, doing something "excellent," still ought to be in the reach of every young person in America. That is more or less the pitch that Bernie Sanders and Elizabeth Warren are making to the American public. I'm sympathetic!

As for my Dad, who worked so hard that he was ultimately able to move from his motorcycle to that Cadillac car, the lesson he taught me is that hard work is what you need to do, to achieve excellence and the rewards that go with it. Thanks to my Dad (and to my Mom, who taught similar lessons), I have always sided with the folks, like my Dad, who wanted to be able to drive one of those Cadillac cars, someday. Oddly enough, in other words, that "Cadillac" idea is something I associate with those 99% folks - people like my Dad and Mom - and not those 1%ers who didn't have to consider whether their hard work and talent might sometime qualify them for the best, because they were the folks who were already driving Cadillacs!

World War III sure isn't the way to get back to the kind of world that my father and mother helped create for me and my brother and sisters. A better politics sure is! 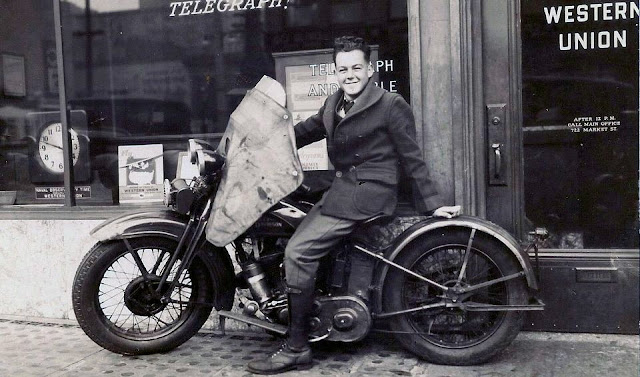