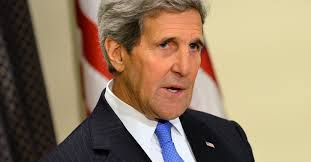 A disastrous Republican administration in the White House. A varied field of Democratic candidates, ranging from a Vermont progressive who opposed the Iraq War to a more moderate frontrunner who voted to authorize it. A mobilized progressive base torn between the desire for ambitious policies and the need to win the general election.

We speak, of course, of 2004, and the Democratic campaign to unseat President George W. Bush. Writing in the magazine after Sen. John Kerry (Mass.) won the Iowa caucus and New Hampshire primary, In These Times’ David Moberg argued that “intense assaults” on the electability of former Vermont Gov. Howard Dean, then running as a progressive, helped pave the way for Kerry’s success.

The editorial opinion piece from which the quotation above was taken is available online. It is titled, "The Case For Enthusiasm." Click the link if you want to read it in its entirety.


My own political experience (admittedly obtained in a non-national arena) is that the editors of In These Times are right on target. As I suggest in my headline, in politics, it often turns out that "Enthusiasm Rules!"