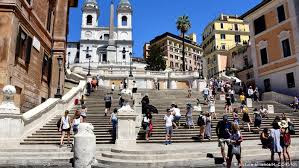 The last time I was in Rome, I went up and down the Spanish Steps. They are pictured above. I didn't, as I recall, ever sit down, but I might have, because the Spanish Steps are quite a climb. It is also nice to look down, from above, on Piazza di Spagna at the base of the Spanish Steps. Thousands of tourists have been doing that for a long, long time. See the picture below: 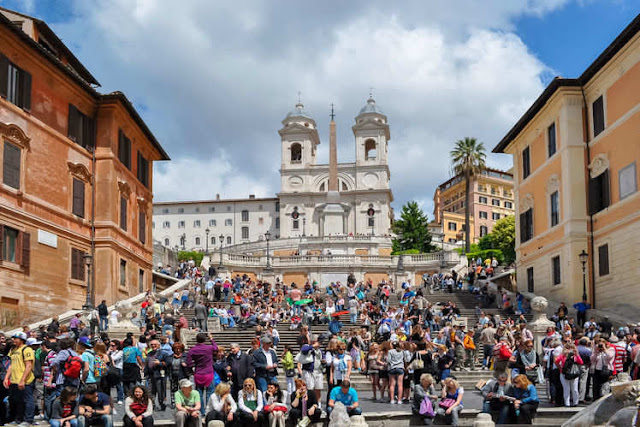 That picture of people sitting on the Spanish Steps may turn out to be of historical interest, an evidence of the past now left behind. According to Roman authorities, too many tourists have been sitting on the Spanish Steps, and you can now be fined $450 (or $660, depending on which news story you believe) if you put your derriere down on one of those steps. Even the Romans aren't all too happy about that, from what I have read!

At any rate, when I return to Rome it won't be to sit myself down on the Spanish Steps. Some argue that Rome has a special significance for Bob Dylan, and as a true Dylan afficiando (to use a Spanish, not an Italian, term), I might be tempted to return to Rome for that reason, since I have now read all about Dylan's associations with Rome in Why Bob Dylan Matters.

In fact, however, let's be honest, I am planning to return to Rome for a dessert. That dessert is called Gelato Tartuffo. I have written about this before. No fooling, I think it's the best dessert in the world! 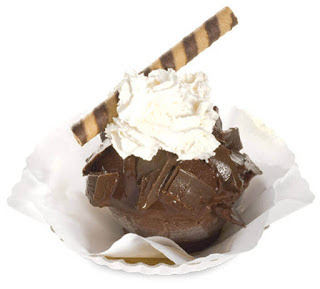 Postscript:
My friend Michael De Lapa, Executive Director of LandWatch Monterey County, is Italian to the core. It turns out that he maintains a blog, and that his blog, among other things, tells people what to do, where to go, and what and where to eat, when they find themselves in Rome. I am planning to try out some of his suggestions, and in this postscript, I'm passing along his advice to you, too. Just click those links. Mike did not, I found, know anything about Gelato Tartuffo. Now, he has a legitimate reason to return to Rome, and to update his blog.