On Monday, August 5, 2019, the hard copy version of The New York Times that was delivered to my doorstep carried a front-page headline that read: "One shooting massacre follows another, shaking a bewildered nation to its core." Online, the headline is different, but the story is the same. The Times was reporting on, and characterizing as "massacres," a series of recent mass shootings that had moved east from Gilroy, California, to El Paso, Texas, to Dayton, Ohio.

On August 4, 2019, the day before The Times' story was published, and after both the Gilroy and the El Paso attacks had occurred, Austin Sarat and Jonathan Obert suggested on Politico that efforts to control guns like the AK-57, pictured below, were going to have tough sledding, despite the recent massacres. They believe that guns "connect people," and that guns, in fact (as Politico put it) are a kind of "social glue."

In a fragmented society, guns connect people at a time when making connections is ever more difficult ... on a political and cultural level, they can ... forge a shared commitment to armed citizenship. 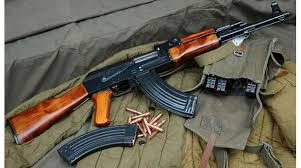 You know, I do see how guns can bring people together. Check the picture below. That's a picture of people assembling in El Paso, Texas, to mourn the losses of human life there, all directly associated with the gun ownership that Sarat and Obert believe help bind us all together in "armed citizenship."

If there is any truth whatsoever to the Sarat and Obert analysis, I want to go on record as saying that this is a really crazy kind of glue! I'd like to suggest that we find a better way to establish social solidarity. I am definitely not convinced that gun ownership does it! 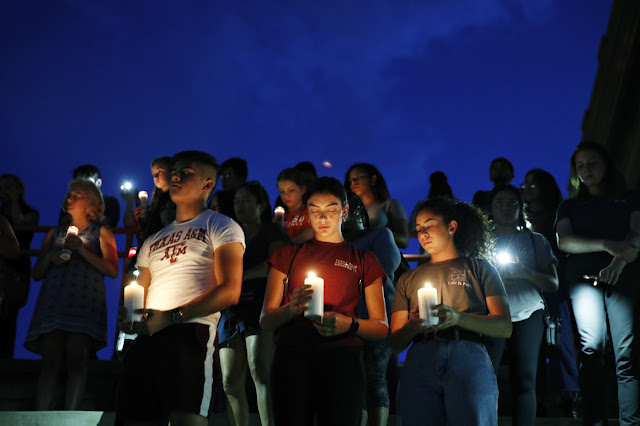