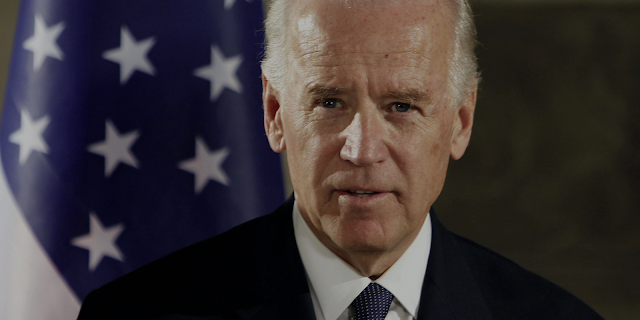 On August 5, 2019, The Wall Street Journal ran a column by David French, who is a senior writer for National Review and a columnist for Time. French's column was titled, "When Biden Was Tough on Crime."

The basic point made in French's column is that it is wrong to blame Biden, today, for the very unwelcome results of the so-called criminal justice "reform" legislation that Biden sponsored in 1994. That legislation, the Violent Crime Control and Law Enforcement Act of 1994, has jammed America's prisons with more prisoners than are incarcerated in any other nation in the world, including nations, like China, that are vastly larger in terms of their population. Oh, and those persons incarcerated in the United States are very disproportionately people of color.

As French noted, Cory Booker, in particular, went after Biden for his support of this legislation, and Biden didn't have any truly effective comeback, at least not in my opinion:

Sen. Cory Booker told Joe Biden at last week’s debate, “because you stood up and used that ‘tough on crime’ phony rhetoric that got a lot of people elected but destroyed communities like mine. This isn’t about the past, sir. This is about the present right now.” Mr. Biden replied: “The fact is that we’re talking about things that occurred a long, long time ago. And now, all of a sudden . . . everybody is talking about how terrible I am on these issues.”

French's column attempts to say that there were some "good things," too, that came out of that so-called "crime reform" legislation that Biden sponsored. Maybe French is right. However, Biden didn't try to point to any of these potentially postive results, if any exist, during the Democratic Party Presidential Primary Debate. When Biden was challenged by Booker, Biden didn't, in any real way, engage on the substance. Instead, Biden's response was that Booker was complaining about things that "occurred a long, long time ago." That came across, as I saw it, as a very weak defense, but maybe we should think a little bit more about Biden's response.

After all, Biden has had to defend himself on a number of issues involving his past political actions,  and he has had to use the same defense - the defense that his alleged errors in judgment were made a "long, long time ago." Kamala Harris, for instance, made an attack not unlike Booker's attack, but focused on Biden's past opposition to school busing. Biden appeared to be almost dumbstruck by Harris' attack, and by the fact that someone would try to judge his past actions by today's standards.

Is it fair to judge a candidate's current suitability for office by reviewing what that candidate has done in the past? It is obvious, to me, that the answer is "yes." That is certainly appropriate. Did the candidate vote to authorize the Iraq War, for instance? Biden did. I, personally, think that his "yes" vote on the Iraq War is absolutely pertinent to our decision about whether we should select him, now, to act as our Commander in Chief.

That said, I do think we need to give some weight to a political defense - made by any candidate - that the candidate's past actions "occurred a long, long time ago," and thus aren't very probative of what the candidate would do now.

It is important to recognize that our political choices are inevitably made and are effective on a "looking forward" basis. Whatever we did "yesterday" (or whatever we did a "long, long time ago") does not limit or determine the future actions we can take "today." What a candidate has done or said in the past does not limit or determine what that candidate can or will do if elected now. We are wrong if we decide that just because a candidate did something in the past that we now judge or know to have been a mistake, that candidate should be disqualified from election now.

In his plea that the complaints made against him were for actions that "occurred a long, long time ago," Biden is appealing to this truth. We need to determine what every candidate (including Biden) would or will do now.

Past actions and decisions can help us evaluate that fundamental question, but they don't determine our future actions. That is true for us all, and that is the essence of our human freedom. We can always do something "new," something different, something never known or thought of before.

As we search, in these desperate times, for who will best represent us as president, we need to know everything we can about the character of the candidates from whom we will choose. However, going for the "gotcha" is not the right way to evaluate a candidate. Who will do the right thing for us in the future has to be our focus.

I am not much of a fan of "old Joe" Biden. But what he did in the past (and whatever the other candidates have done in the past) is not my primary concern. I am looking to the future. The past can give us some clues, but the future is the realm of freedom. Who can best take us to a future that will be worth having?  That question, not what "occurred long, long time ago," is the pertinent question, and that is the question we will answer next year.