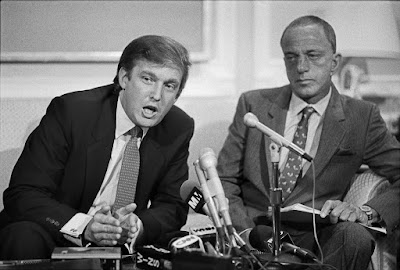 The death of Jeffrey Epstein gave rise, immediately, to various conspiracy theories. Was it suicide, or  was it murder? The Clintons were involved with Epstein. His death was certainly convenient for them, the way many people see it. Maybe the Clintons did it! Trump knew Epstein. In fact, Trump was really connected to Epstein! Maybe Donald Trump did it! And what about Britain's Prince Andrew? Reportedly, Prince Andrew was connected to Epstein, too! Was the Prince involved in Epstein's death? Well, here's something suggestive from The Daily Beast: "Jeffrey Epstein Died This Week. Prince Andrew Went on Holiday." Just think about that sequence of events. What could be clearer?

While it's pretty easy to poke fun at the various conspiracy theories that sprang to public notice along with the news that Epstein died in prison, Walter Kirn, writing in The New York Times, isn't completely wrong in asserting that "sometimes paranoia just stands to reason."

In an article on the Truthdig website we are told that "The Jeffrey Epstein Scandal Is Much Bigger Than Jeffrey Epstein." The article, a conversation between journalist Whitney Webb and Marc Steiner of The Real News Network, is quite interesting.  It suggests that Epstein is just one in a long line of highly placed individuals (including mob boss Meyer Lansky and J. Edgar Hoover, head of the FBI) who have operated extensive and systematic sex-for-blackmail schemes aimed at powerful figures in American society. It turns out, according to Truthdig, that attorney Roy Cohn, shown above with his client Donald Trump, was a key figure in these blackmail schemes. Click on this link, and read all about it.

While the New York Medical Examiner who did an autopsy on Epstein's body has officially found that Epstein committed suicide, I doubt that the Medical Examiner's opinion will convince everyone that there was no conspiracy involved. Remember that sequence of events involving Prince Andrew! Very small coincidences can give rise to gigantic conspiracy theories. And, of course, sometimes those theories are correct!

Speaking of gigantic conspiracy theories, a series on Netflix, "The Family," advances the theory that  our nation is largely under the control of a band of religious zealots (no, not the "Elders of Zion" - that is another conspiracy theory), and that this small group has successfully infiltrated our government at the very highest levels. "The Family," sometimes called "The Fellowship," is a small set of right-wing Christians who show up in public at the annual National Prayer Breakfast, but they operate all year round. According to "The Family," key decisions about United States public policy are not actually being made by our elected officials but by this shadowy religious cult. At least, that is what the Netflix series would have us believe. Click this link for the trailer.

The Family seems to think it’s only telling a compelling story if the Fellowship is actually a potent political force. But there’s something fascinating, and tragic, in the way it documents a group of ordinary men so easily convinced that they’re exceptional, even to the point of being handpicked by God like ripe fruit in a celestial grocery store. It’s a thread in contemporary politics that runs all the way to Number One Observatory Circle, if not the White House. That politicians are, instead, chosen by voters is an inconvenient fact that keeps interrupting so many careers. But it is, nevertheless, a fact, and one that Ensign, Sanford, Siljander, Wamp, and so many of their former congressional colleagues each has to attest to [emphasis added].


I think that we should pay attention to what Gilbert is telling us. It is undoubtedly true that small groups conspire together to try to run the world. It is also true that such groups sometimes use nefarious techniques in their efforts to do that. It is also true that they sometimes act to further the conspiracies they promote, and sometimes they are successful, through their actions, in achieving some of the public policy goals they seek. Truly, maybe Jeffrey Epstein was murdered. So far, we don't really know.

In the end though, as Gilbert is reminding us, we live in a democracy, and we can, if we exert ourselves, ultimately have the last word on the public policy questions we care about, and can defeat any and all conspiracies that aim to prevent us from doing that.

Of course, "exerting ourselves" means becoming personally engaged in the political struggles that will determine what our government ultimately does. It is fun, sometimes, to read about conspiracies. It is even more fun to work with others, in public, no conspiracy involved, to determine our own political destiny.

"Life, Liberty, and the Pursuit of Happiness" - that is what democracy is all about. No conspiracy is required!