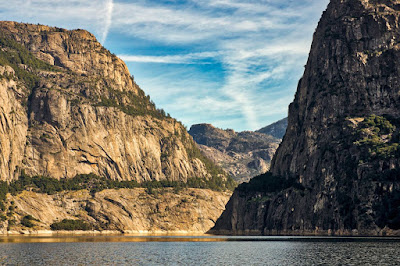 Under the headline, "To Protect and Conserve," The Wall Street Journal has reviewed a new book by John Clayton. Clayton's book, Natural Rivals, discusses the beginnings of efforts in this country to preserve and protect the natural environment. Those "rivals" of the title are John Muir and Gifford Pinchot, whom Clayton describes in this way:

John Muir, the most famous naturalist in American history, protected Yosemite, co-founded the Sierra Club, and is sometimes called the Father of the National Parks. A poor immigrant, self-taught, individualistic, and skeptical of institutions, his idealistic belief in the spiritual benefits of holistic natural systems led him to a philosophy of preserving wilderness unimpaired. Gifford Pinchot founded the U.S. Forest Service and advised his friend Theodore Roosevelt on environmental policy. Raised in wealth, educated in privilege, and interested in how institutions and community can overcome failures in individual virtue, Pinchot’s pragmatic belief in professional management led him to a philosophy of sustainably conserving natural resources.

Gerard Helferich, who reviewed the book for The Journal, concludes that "Muir and Pinchot were friendly rivals, each working in his own way to balance human needs against the sanctity of nature. The men were “yin and yang: rivals like day and night are rivals, or hot and cold. Although they embodied contrasts, they were complementary and interdependent. The world needed both of them.”

Since I haven't read the book, I can't tell you whether or not I agree that the conclusion quoted above is justified by Clayton's text. However, I have my own thoughts.

I continue to say that we must never forget, as fact, that we live in "two worlds," simultaneously. Most immediately, of course, we live in a world that we ourselves create (the world in which the pragmatic approaches of Pinchott are most appropriate - and indeed, necessary). Ultimately, however, we live in the World of Nature, and that world is primary. That is the world that has created and sustains all life.

If Muir is revered more than Pinchott, in the popular mind, and I think that's a fair assessment, it is because Muir called us to understand the majestic primacy of the Natural World. Preserving wilderness unimpaired is not just a nice gesture. It is not valued for the "pragmatic" benefits it provides. It was Thoreau who said it best. Everything, and all our human works, depend upon our deference to Nature:

In wilderness is the preservation of the world.